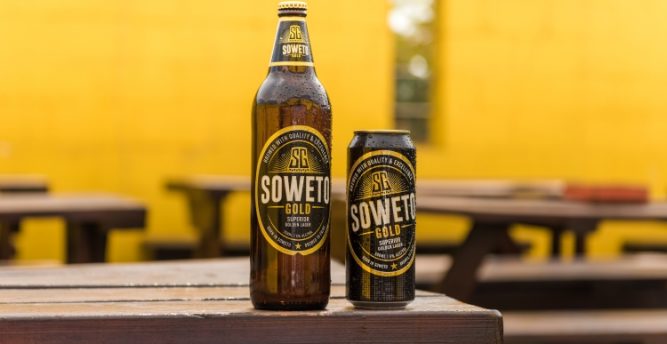 Rumours have been circulating for months, but it’s now official: Soweto Gold has been bought by Heineken.

I was flown up to Gauteng yesterday by Soweto Brewing Company (a subsidiary of Heineken) and thought I was in pursuit of another ‘Heineken gains ground in the craft beer market‘ story, but it turns out that this is not really the case. There will remain a craft, or ‘speciality beer’ arm of Soweto Brewing Co.- the original lager recipe has been reincarnated as “The Master’s Brew” and the flavoured brands will still be brewed in Soweto. But these are just welcome extras for Heineken – what they really wanted was the name “Soweto Gold” – a brand the megabrewer has transformed into a mainstream lager, its target market not found in Maboneng markets, but in township taverns. 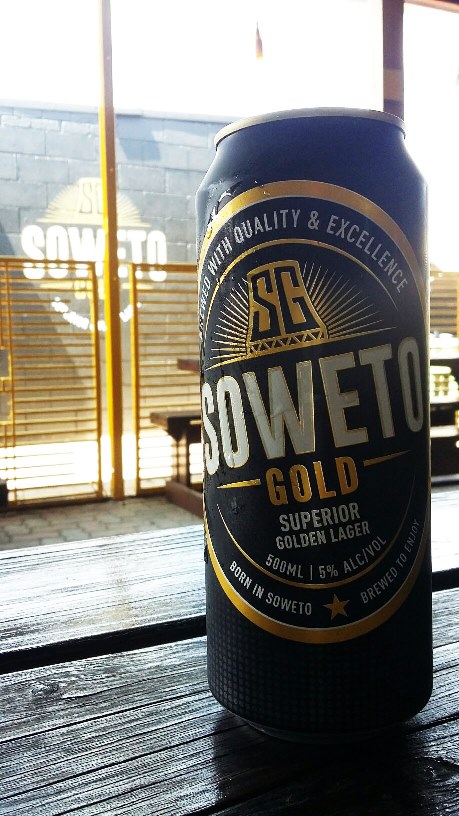 Soweto Gold launches in Soweto today, with the rebranded 500ml cans retailing in taverns for R12. These will be followed by 750ml bottles later this month. So this isn’t an attempt to muscle in on the craft scene but a challenge to the might of SAB’s products.

The unveiling was as much as beer event as it was a celebration of Soweto. Local legends – including football icon Doctor Khumalo and champion boxer Dingaan Thobela – turned out to endorse the homegrown brand, tributes to Sowetan spirit flowed and local tavern owners came to taste the new brew. I tend to live in a craft beer bubble so it was great to chat to experts in a different area of the South African beer market.

At the start it seemed that most people didn’t know what the event was about and those that I spoke to were surprised to learn that there is a brewery in Soweto. Until now, Soweto Gold had been a premium-priced beer that found its following in Sandton and Parkhurst rather than Soweto. But once the new brew was launched and the striking black and gold cans dished out from ice-filled wheelbarrows, the sense of pride was palpable.

I was attending the event by myself so I was thrilled when two jovial and welcoming taverners joined me. Sisters Cindy and Gugu have been operating Cindy’s Tavern for 20 years and one trend they’ve noticed is that people prefer green glass to brown – still seen as a premium way to package a beer, thanks to years of high-profile marketing. Gugu is a die-hard Heineken drinker and Cindy says the best-sellers in her tavern are Windhoek and Amstel.

But Cindy and Gugu are optimistic about Soweto Gold, complimenting it both on flavour and on the fact that it celebrates Soweto. The beer’s new tagline is “Born in Soweto, brewed for all” and the long-term dream, according to co-founders Ndumiso Madlala and Josef Schmid is to go global. The name Soweto is one that is recognised around the world and while the team hope that one day it will be found in fridges in Kenya, Kansas and Kathmandu, for the moment it will find it’s feet in the city for which it is named.