This could well be the most worthwhile beer you’ll ever drink. 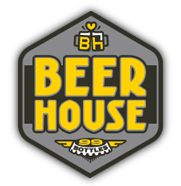 On 20th June 2015, Joe Kanyona was stabbed while working as a doorman at Beerhouse on Long Street. He died from his wounds. What happened next affirmed to me that I’m a part of a truly awesome industry. Beerhouse launched a series of fundraising campaigns to help support Joe’s family, including his daughter who was just four months old at the time of Joe’s murder. The initial online campaign raised more than R60,000 with Beerhouse staging a number of events to raise further funds and brewers donating kegs to be sold for the cause.

Since the tragic incident, Beerhouse owner Randolf Jorberg has manged to secure a huge bursary for Joe’s daughter at the Ecole Francaise. The school is going to cover her tuition from pre-primary right through to Baccalaureat (matric). It’s pretty amazing stuff and if you’re not feeling slightly emotional by now, you’re probably a robot. But it doesn’t end there – a year on from Joe’s death, the fundraising continues –  and now you get to do your bit. Today, June 20th, Beerhouse is donating 100% of its revenue to Joe’s Legacy fund and they want your support – “We ask our patrons to drink our taps dry”, said a press release/blog post put out by Beerhouse. This includes all takings from the Meet the Brewers event featuring beers from Scottish brewery Innis & Gunn, taking place this evening. If you haven’t got your tickets yet, get some now. 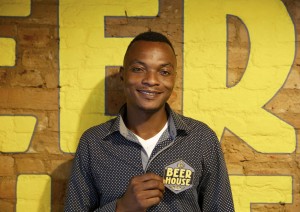 If you can’t make it to Beerhouse today, or would like to continue showing your support throughout the week, you can go take part in the Pint for a Purpose initiative. Local breweries have donated kegs, which will be tapped and sold, with the proceeds all going to the cause. Throughout the course of the week you will find beer from  Drifter Brewing Company, Atlantic Storm Brewery, Jack Black, Zebonkey Brewery, Apollo Brewing Company, Cape Brewing Co., Belgian Beer Company SA,Dissident Brewing Company, Red Sky Brew and Devils Peak Brewing Company, who have all donated their beer to help with the fundraiser.

And if you can’t make it to Beerhouse all week, you can donate to the online appeal and raise a glass to Joe from home.

All funds raised will be held in a trust managed free of charge by Servo Fiduciary Services, to enable Joe’s daughter to cover all school related costs – transport, lunches, uniform, school trips, extracurricular activities and the like.

I think you’ll agree that it’s a remarkable endeavour led by Randolf, who says “We see Beerhouse as a family that you join – whether as a team member or a customer – and I believe that this is what you do, when you lose a close family member.” Please support the awesome Beerhouse team whether it’s by eating at Beerhouse, buying a pint or two, or donating online. Or preferably all of the above.