Why Every Beer Lover Should Become a BJCP Judge 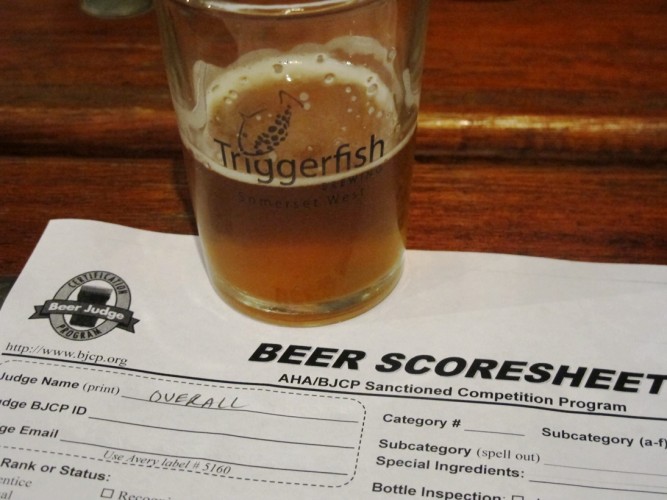 On December 6th, 2014, Cape Town will hold its second ever BJCP tasting exam. This is the exam that beer lovers, like yourself, need to take to become a certified beer judge. At the moment, we have roughly fifteen certified beer judges in the Cape, but we need more. So for those who are on the fence or who haven’t yet heard of the BJCP, here is why every beer lover should become a BJCP judge. 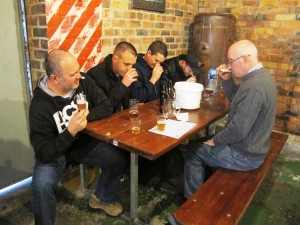 Don’t you want to be a part of this bunch of beer geeks/aficionados?

Is it really important for me to become a BJCP judge?

It depends. Do you mainly drink Flying Fish and/or brew the odd kit beer so you can get drunk cheaply? If the answer to either of these questions is yes, then move along – this is not the awesome beer qualification you’re looking for…

Here are some advantages of being a BJCP judge:

– It starts you off on a lifelong journey of beer education – becoming a qualified BJCP judge doesn’t make you a master taster, though that might be the end goal. The journey is one of awesomeness, tasting styles you never thought you’d try and yes, probably encountering every off-flavour in the book somewhere down the line (tasting bad beer is just as important – probably more so – than sampling the good stuff).

– It means you can judge beers in sanctioned competitions – tasting what other home- and micro-brewers are putting out there – and offering feedback, improving both their (and your) beers.

– It enables you to meet and chat with other BJCP judges who are just as geeky about beer as you.

– You get a lapel pin and the coolest bragging rights known to man (and woman). You will actually be a certified beer snob. You can really stick it to that high school teacher who said you’d never amount to anything… 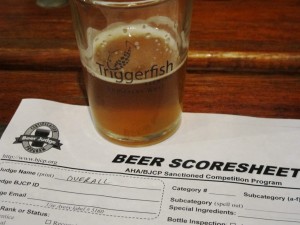 Seriously – is there anything on earth cooler than saying you’re a qualified beer judge?

First things first, you need to write an entrance exam. This exam separates the wheat from the chaff (and the alpha amylase from the beta amylase – get studying!) and tests you on brewing knowledge, styles and off-flavours. The online test consists of 200 questions that have to be completed in 60 minutes (you need 50% to pass). I’m not gonna lie – it’s not easy, but it’s definitely doable (I managed!) largely because it’s an open-book exam (meaning you can have your guidelines in front of you). I suggest pairing up with a beery friend who can help you with some of the trickier questions. The test costs $10 (R100) and can be accessed here.

After you have passed that, sign up at the Southyeasters page to register for the test. The practice sessions have finished, but you can always contact any of the currently qualified judges – someone will be happy to meet for a quick practice of what the practical test will be like and what you should look out for. The cost will be roughly R400 for new takers and R150 for those re-taking the test to improve their scores.

And as a side note, this is not just an exam for homebrewers and beer drinkers – there’s a surprising lack of interest from professional brewers in the Western Cape (notable exceptions being Chris from Apollo Brewing and David from Savage Brew, who both passed the exam in 2013 – let me know if I’ve missed anyone). Considering the lack of training for craft brewers in SA it seems a terrible shame that brewers don’t seem to think this is a crucial qualification. Come on brewers – sitting the BJCP will only improve your beer (and my life)!

So what are you waiting for?

If you have any questions about the exam or the judging procedure – get in touch. I’ll do by best to answer, or at least put you in touch with someone who can…