New breweries opening…and a few that are closing

I can’t think of anything better to do on a hot summer’s day than to drink beer. So yesterday, we jumped in the car to escape Cape Town’s relatively mild 34-degree weather to swelter in the 40-plus heat of Riebeek-Kasteel – destination: Flagship Brew. 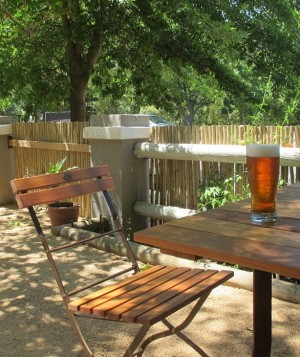 This chair in Riebeek-Kasteel has your name on it

The launch of Riebeek’s second brewery (Garagista moved to the Swartland town last year) seemed to go exceptionally well. I heard nothing but high praise and indeed have nothing but high praise. The setup is simple – four flagship beers in the Flagship range, plus a fifth brew available only at the taproom. Pulled pork rolls were on offer to be chowed in the beer garden, a shady spot overlooking the main road into Riebeek-Kasteel. Owner-brewer Roger Ingarfield wants to keep the focus on beer. There will be food available – probably in the form of platters featuring locally-sourced goodies – but visitors will also be encouraged to explore the town. Pop in for a beer, wander around and grab lunch elsewhere, then come back and sample the rest of the range.

All of the beers display the characteristics that any beer should – crisp, clean and refreshing. The malt-forward lager is ideal for the Swartland heat, the blonde provides a nice entry level ale, while the amber ale is still receiving a few nips and tucks, recipe-wise. It will come as no surprise that my pick of the bunch was the Siren IPA. Not as big on booze or bitterness as some other American IPAs, but certainly fitting well into the style, I think it’s going to be a big hit among locals and visiting beer nerds.

Beer nerds indeed have plenty of choices these days when it comes to brewery visits, though it’s not all sunshine and lollipops in the South African craft beer world. Last week, Odyssey Craft Brewery in Durban announced that they are selling up – brewhouse, licence, kegs and all. I’ve been hearing rumours for a while that Sir Thomas Brewing Co in Stellenbosch was seeking a new owner and confirmed this with current co-owner Marius Malan. “It is being sold as a running concern and the sales agreement and final details are busy getting sorted out with the buyer,” Marius said. So the breweries look to be changing hands rather than closing down.  UPDATE: I managed to get hold of Rainer at VonB. He confirmed that the deep south’s brewery tally is back down to four, but this is not the end of the brand. The brewhouse is moving to Johannesburg, where Rainer’s brother Michael will take the reins. 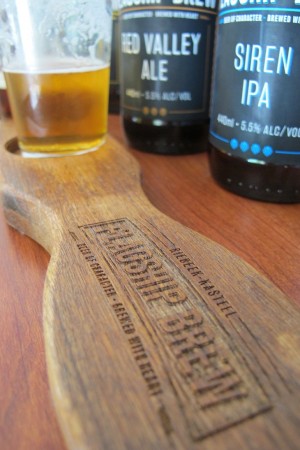 Is this the beginning of the bubble bursting? Probably not. While three breweries seem to be shutting down their kettles, so many more are mashing in. Since the manuscript for Beer Safari was submitted last year, 29 new breweries have started trading, with recent additions including Stimela, Great Railroad, Berg River, Black Eagle and Hazeldean. And while I have no doubt that one or two will fizzle out in 2016, I’m expecting many more to open starting off with Brickfields (Jo’burg), Old Potter (Greyton), Featherstone (Grahamstown), Zebonkey (Somerset West), East Coast Brewing Co (Umkomaas) and Urban Brewery in Hout Bay. Watch this space, and in the meantime, head up to Riebeek-Kasteel for an IPA or a pint of Oktoberfest lager, available only at their chilled out tap room (open Tue-Sat 11am-6pm & Sun 11am-2pm).

Heard about a brewery that might be closing? Want to share your thoughts on any of the newest breweries opening up? Got an insider tip on a brewery to look out for in 2016? Tell us everything in the comments section below!