Nitro stouts in South Africa and how (not) to pour them 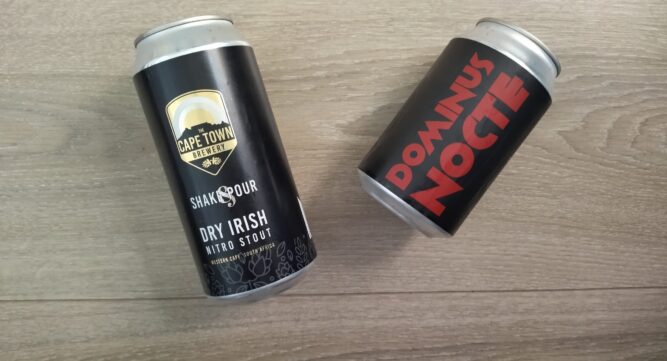 Hello – remember me? I used to blog regularly on things about beer in South Africa! Well I’m back with a highly informative post that not only reviews two recently released nitro stouts available in South Africa, it also contains a somewhat ridiculous video. In fact, let’s kick off with that…

I suspect you might have questions following that little debacle. Let’s try and answer some of them. Beer is normally carbonated with carbon dioxide (CO2), whereas these beers are carbonated with a nitrogen/CO2 mix. CO2 is the obvious choice since it is a natural byproduct of fermentation, but nitrogen gives a finer bubble and leads to that delectable creamy head you’ll know from a pint of Guinness, which adds a luscious, velvety texture to the beer.

Not all beers work well on nitro. CO2 does a better job of lifting aromas from the glass and delivering them to your nostrils, so hoppy, aromatic beers like pale ales and IPAs are best served via the magic of CO2 (although Guinness did release a nitro IPA a few years back – anyone tried it?). Guinness of course popularised the nitro pour, the main advantage being that decadent crown and the fact that it adds a little extra body to a beer, that despite often being referred to as “a meal in a glass” is actually a fairly thin, low ABV pint. After decades of fluffy-topped nitro Guinness on tap, the brewery eventually worked out how to get nitro Guinness into a can, with the invention of the widget (which was once voted ahead of the internet and cell phones as the greatest invention in recent years). The widget is basically a nitrogen-filled ping pong ball with a tiny hole in it. There’s a great description of how it works here. 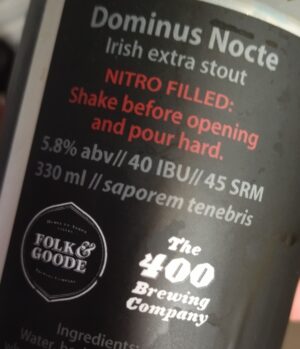 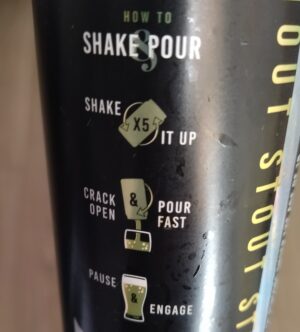 Widgets are pretty pricey to produce, so small producers wanting to release nitro beers have got around the issue by using a simpler method to force nitrogen into canned beer. Well, first the beer is dosed with nitrogen before the lid goes on and the can is seamed (props to the Tiny Keg team here for making nitro cans a possibility for SA craft brewers). Then, at the moment of pouring (well, just before), instead of relying on a nitro-filled plastic ball, you simply shake the can.

Actually, that’s not all you do. It’s also about the pour – instead of a gentle ‘down the edge of a glass held at a 45 degree angle’ pour, you pour straight up, although perhaps a little less vigorously than in the above video. Now here I must admit that I get a bit confused about the science. I have been reading for days and am still not sure what the science behind the shake and pour thing is about. As far as I can tell, nitrogen is not very soluble so when you shake the can you are forcing it back into suspension.

The pour brings with it a whole bucketload of science that I also can’t seem to grasp (I was always very much an arts student). So in case you want to know more about what causes the cascading effect in a nitro beer (because what with the lake of beer dripping off my table onto my toes I got properly flustered in the video and garbled some nonsense about CO2 bubbles going down and nitro bubbles going up) here is a full scientific paper on the subject. Suddenly I don’t feel so dumb for not getting it. 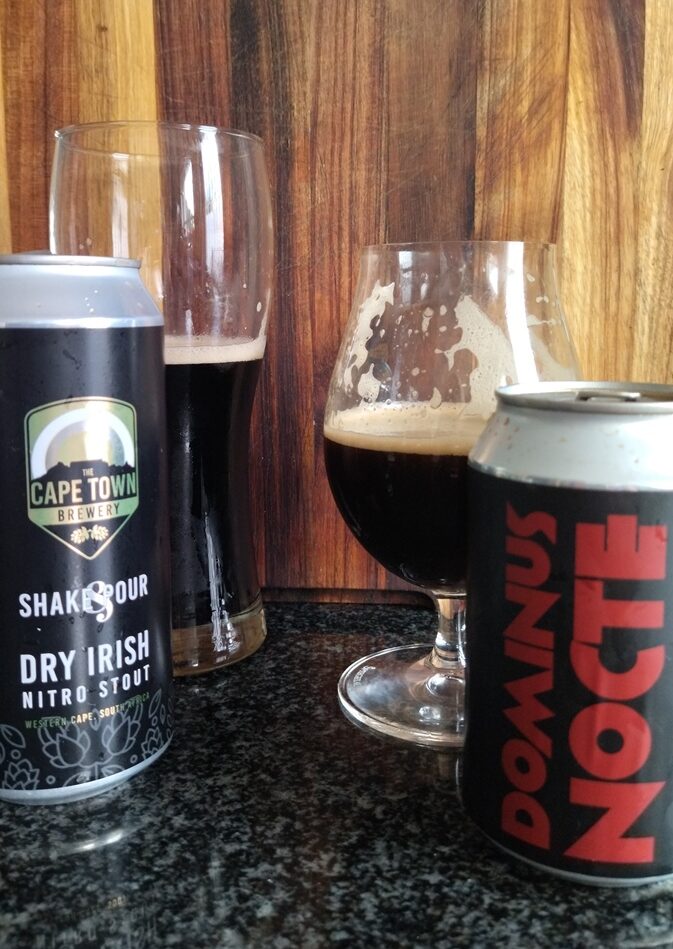 Anyway, with all that preamble, let’s get to the bit you’re probably waiting for – the tasting! The two nitro stouts in question are both from Cape Based contract/gypsy breweries. And I’ll tell you this. They’re both really, really good.

First up is a new beer from a just-about to launch contract brand, The Cape Town Brewery. Brewed at Woodstock Brewery in Cape Town, this debut release is a 4.2% ABV Irish stout that checks every box for the style. There’s a hint of chocolate on the nose and a slight savoury, leathery character that gives way to a definite coffee flavour when you sip. The finish is dry, with a bitterness that is assertive without being harsh. Light bodied, deep brown with a dense latte-coloured head, it’s fairly clear where the inspiration for this beer came from – a fact backed up by the black and gold can. It’s a great beer that proves stouts are for summer sipping too.

Cranking it up a notch or two is Dominus Nocte, which if my Latin doesn’t fail me, means  master of the night (OK fine, I put it into Google Translate). Dominus Nocte is the latest release from The 400 Brewing Company, the Cape Town gypsy brand best known for their annual release of the imperial black IPA, Harambe. Brewed in collaboration with Folk & Goode Brewing Co in the Overberg, Dominus is an Irish extra stout, so although I tasted them side by side, they’re not quite of the same style. The extra stout is everything the dry Irish stout is but moreso – a bit more alcohol (5.8% in this case), more pronounced coffee and chocolate flavours and a bit more body. And Dominus Nocte delivers on all counts.

I continued where the video left off, taking a sip of one then a sip of the other, trying to decide which I preferred but in the end I would give them both four stars (or hops) out of five and buy a case of each for slightly different purposes – The Cape Town Brewery’s Dry Irish Nitro Stout is a day drinker. And if you’re not at work I might even say it’s a breakfast beer. Dominus Nocte is an afternoon-to evening beer, possibly even a nightcap. Get some of both, shake ’em up and pour them – although perhaps not at the same time. I’d love to hear what you think (and see your shake and pour videos). Slainte!