African Brew is now on sale! 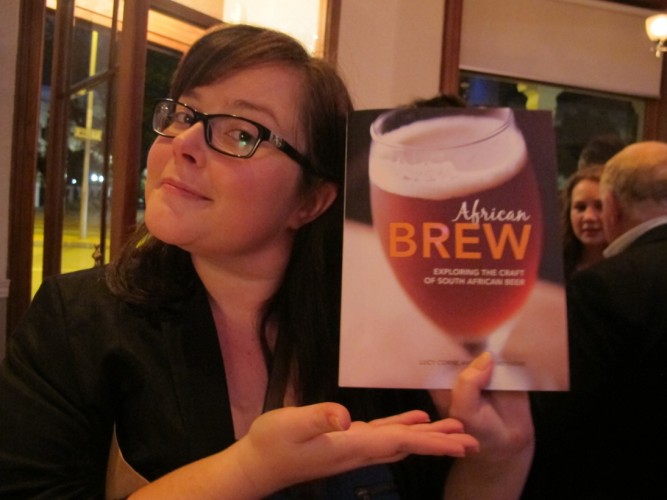 What’s the point of a blog if you can’t indulge in a little shameless self-promotion every now and then? So here it is: African Brew, the spectacularly wonderful beer book that I wrote, with photos by Ryno Reyneke, has finally hit the shelves! 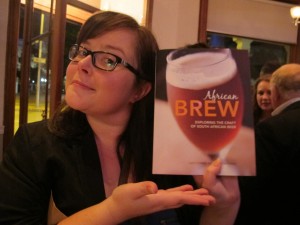 Last night the book had its official launch party at the Twankey Bar in Cape Town and I was humbled by the response. Around 80 beer loving readers turned out to buy the book, join us for a little canapé and beer pairing and most of all, to chat beer, smile a lot and say nice things about African Brew. The response was fabulous – here are a few tweets from the event:

A signed copy & its all mine!!!! Can’t wait to work my way through this beautiful book #africanbrewpic.twitter.com/aBG46JhQPT (@BeerLab)

I have to say, guys, this #AfricanBrew book is awesome. A complete and picturesque index of South African brewers.pic.twitter.com/HVNIdHJLFC (@CitizenBeer)

The crowd was made up of friends, media and folks from the Random House Struik team but the bulk of the attendees were of course, beer people, meaning it was as laid back and friendly as a book  launch can be. I have to give a special note of thanks to Sean and Morné of the Dog and Fig Brewery who came all the way from Parys in the Free State and to Anton Erasmus of SAB Alrode, who flew down from Johannesburg just for the evening. When someone makes that kind of effort, you know it’s a cool bunch of people to be hanging around with (they are). Or it’s a REALLY cool book. (It is. Buy it. Please!)

The book is now available nationwide in Exclusive Books, CNA and plenty of smaller book stores with superb taste in foodie beer publications as well as through League of Beers. You’ll also find it at many of the breweries around the country or you can contact me to buy direct. RRP is R260.