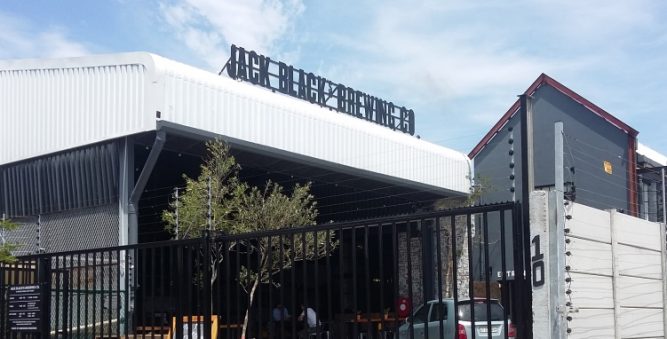 After months of speculation, it’s official: Heineken has bought a minority stake in Jack Black.

This is Heineken’s third foray into South African craft beer in the past year. In March 2017 they acquired Stellenbrau, then in September, Soweto Gold announced that they had been purchased by the Dutch brewery.

This time though, it’s not a buyout but a buy-in – a deal that Jack Black co-founder Ross McCulloch calls a ‘distribution partnership’. “Distribution is the primary driver behind this,” Ross told me in an exclusive interview this morning. “It’s so great to have a partner that can focus on distribution. It’s the biggest problem with our business and to be honest, it’s pretty much all I think about.” Co-owner Meghan McCulloch echoed the sentiment and explained why it’s an exciting step for Jack Black, which celebrated its 10th birthday last year. “Instead of focusing on how to get the beer to market, we can now focus entirely on the beer itself,” she said.

Jack Black’s founders are quick to add that the partnership will not affect the beer. “Heineken has a minority stake in Jack Black,” says Ross. “We control the messaging, the branding, the liquid in the bottle.” And while he adds that the portfolio will not suddenly be streamlined, there is already talk of new beers emerging from the Cape Town based brewery. Drinkers can expect further seasonal and occasional beers in 2018 and the brewery will be able to invest in new equipment, including a complete lab on site.

All brewing will continue to take place at the Diep River facility and while Jack Black are soon to get a new brewer, they have selected their own replacement for Jonas Krebs, who left earlier this month. Jack Black’s distribution contracts with other local craft breweries also remain in place.

The finer details of the deal have not been released but discussions and negotiations have been in progress for more than a year, beginning when Ross called Heineken SA to ‘discuss the state of the industry’.

“Heineken have only invested in a small number of craft breweries around the world,” adds Ross, “and we are very proud to be a part of this stable.” You can read Ross’s personal take over on the Jack Black blog.

It’s an interesting development for one of the pioneers of South African craft beer. Some will doubtless be quick to criticise while others have already congratulated the team. Share your two cents in the comments section below.

How SAB won the internet on #SANBeerDayBeer School is in: the 2018 Craft Brewers Powwow in Cape Town
Comments: 7