14 reasons to go to the 2014 SouthYeasters Summer Festival 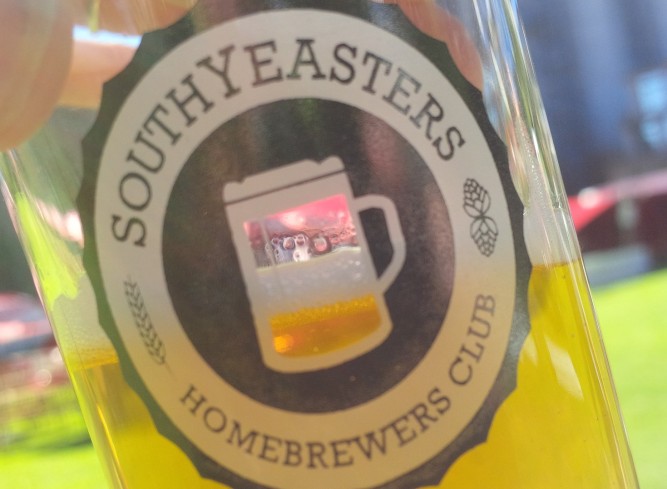 Cape Town’s homebrewing club continues to blossom and there’s no more obvious way to see the growth of the club than at the annual Summer Festival. It started with a dozen people in Boston Breweries’ former tasting room at the brewery. It took over the courtyard at SAB Newlands, then the old oasthouse, then the car park and this year they’re aiming to conquer the rugby field. It’s a true gathering of beer lovers, including homebrewers who brew solely to give their beer away to the public and some craft brewers who also do away with profits for the day to promote their beer among true brew aficionados. Here the emphasis is on beer beer beer, not bucks, not bands, not…something else beginning with ‘b’ (I do love me a little alliteration). So without further ado, I present to you 14 reasons to go to the 2014 SouthYeasters Summer Festival…

1. TO LEARN ABOUT BEER

Many of the homebrewers are fanatical about their hobby and will be able to tell you everything you want to know, whether you’re a beginner looking for advice on the best kit to start out with or an advanced brewer wanting to talk  water chemistry and yeast culturing.

2. TO SUPPORT THE CLUB

The SouthYeasters club doesn’t charge members any fees, so the Summer Festival is their one chance throughout the year to make some cash. All the funds are pumped straight back into the club, most of it used to pay for the glasses, ice and such for the next festival.

3. TO VOTE FOR YOUR FAVOURITE BEER

There are two competitions taking place at the festival, the annual Wolfgang Cup, where brewers  have to brew to a particular style (this year’s is English IPA), which is judged by a qualified panel. The other is the popular vote, judged by the most important group of tasters in any industry – the public. Every paying adult gets a marble when they arrive. Use your marble wisely – it’s your voice when it comes to the all-important people’s choice vote. Last year’s winner was a weiss from Morne Uys and PC du Preez, now the brewers at Lakeside Beerworks (pictured, right).

For the average cost of any of the other beer festivals in SA – R100 – you get entrance and a branded tasting glass. But more importantly, you get to taste everything on offer and even go back for seconds if you want to. This is not an ‘all-you-can-drink’ event, but the idea is to have a sip or two of almost everything. That way you can properly judge who to bequeath your marble to as well as tasting just how varied beer made at home can be.

The pilot episode of quite probably South Africa’s first beer-centric TV programme, Beer Country, will be filmed at the fest. Ultimate Braai Master contestants Greg Gilowey and Karl Tessendorf will be cooking a lamb on the spit while talking beer and wh knows, they might even drink a little beer as well.

6. TO MEET A SUPERB BUNCH OF PEOPLE

When we first moved to Cape Town, the SouthYeasters made us feel tremendously welcome, particularly at the Summer Festival (they were even nice as they packed their stands up around us when we refused to go home…) So whether you’re new to the city, new to the hobby or just want to hang out at a festival where people are friendly and want to chat to strangers, it’s an awesome afternoon.

Just taste it and tell me I’m wrong.

8. TO BUY AFRICAN BREW AT A SPECIAL RATE

If for some inexplicable reason you don’t already have a copy, or would like to buy one as a gift for some poor unlucky sod not fortunate enough to count it among their book collection, signed copies of the book will be on sale for R200.

9. TO BE THE ENVY OF YOUR FRIENDS

When tickets are gone, they’re gone. Don’t be the one following along on Twitter, be the one who’s making their buddies jealous with real-time beer reviews.

That’s how much has been pledged thus far and the pledges continue to trickle in. I have no idea how many beer styles, but last year’s fest covered everything from lager and weiss to Russian imperial stout and Shawn’s legendary biltong beer. Plus some crap I brewed (I’ve spared you this year).

11. TO BE A CRAFT BEER COMRADE

All beer on show is donated by the brewers – they don’t profit from their brews, they just want to share them/show them off. Come and support this rather impressive display of generosity by buying a ticket, telling your friends about it and by giving the brewers feedback (complimentary or constructive) on their wares.

12. TO BID FAREWELL TO SUMMER

I’m not entirely sure why they continue to call it the summer festival when it’s always held in April, but I like to think that it’s the Cape’s last beery hurrah before the rains arrive. Raise a glass to the steamy summer of 2013/14.

13. TO CHAT TO THE BREWERS OF TOMORROW

Many of the homebrewers have aspirations to open their own microbreweries – previous SY fest alumni include Mark and Analize from Honingklip, Mark and Kelly from Red Sky Brew, Ampie and Karel from Wild Clover and Eric from Triggerfish. Be the first to taste brews from the next wave of craft brewers.

If you’re not sold yet, I’m not even sure why you’re reading this blog…

So I have 14 reasons for you. And what I also have is two tickets for you – to win tickets to the festival, give me your best reason, tell me why people should attend. The top response by noon on Wednesday 2nd April will win the tickets…

This post first appeared on The Craft Beer Project.