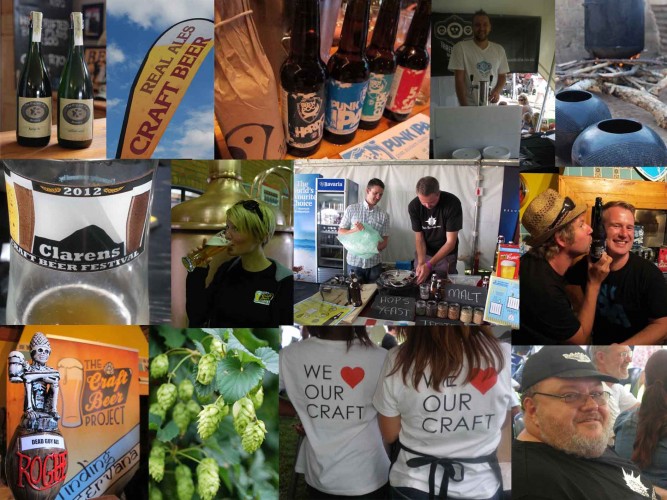 It would not be an exaggeration to say that 2012 was one of the biggest years in South African beer since Jan van Riebeeck sent a ship home for brewing supplies. Brewery numbers doubled, homebrewing became a must-do hobby and we were treated to a range of beer styles that had never before been seen in South Africa. Here are my ten most memorable beer happenings of the year:

The V&A’s Paulaner Brauhaus poured its last pint in February after a decade of perfectly executed German-style beers. Luckily, brewmaster Wolfgang Kodel found a new venture at the soon-to-be-launched Cape Brewing Company, while Paulaner is looking to reopen elsewhere in the city.

We were teased with a taste of Devil’s Peak’s rich chocolaty stout and hop-filled IPA at the 2011 Cape Town Festival of Beer but had to wait four months to get another round in. After a low-key but well-attended re-launch at Banana Jam Café in March, the smack-you-in-the-face-with-flavour beers became huge hits and South Africa began what I hope will be a lifelong love affair with hops. Now we just need them to bring back that stout…

It wasn’t like South Africa had never seen a beer fest before, but in 2012 there were enough to keep your calendar full for much of the year. Alongside the already established Solstice, CTFoB, Clarens and Bierfest festivals we saw major events like SA on Tap, Hop ‘n’ Vineand Jozi Craft Beer Fest as well as smaller homages to beer dotted around the country. Keep an eye on the Craft Beer Project’s Eventspage to find out what’s going on where in 2013.

4. The return of Lex Mitchell

Lex launched SA’s oldest and longest-running microbrewery in 1983, but since selling Mitchell’s in the 90s, he’s been conspicuously absent from the commercial brewing scene. That all changed in March 2012, when he moved his home brewery into a refurbished factory and launched a trio of beers at the Bridge Street Brewery in Port Elizabeth.

Homebrewing is an age-old South African tradition, with untold generations of mothers passing sorghum beer recipes down to daughters. “Clear beer” has been brewed at home ever since the Dutch arrived in the Cape, but in 2012 this niche pastime became the latest hot hobby. Homebrew shops like BeerLab and Beer Guevara opened, membership of the country’s homebrewing clubs ballooned and a brewing course became the must-buy gift for the beer lover who has everything else.

I imagine this is perhaps of more interest to me than it is to you, since I was one of the people researching said book. Along with photographer Ryno, I tasted my way through over 40 breweries across seven provinces all in the name of research. The book will be published this year, though I recently discovered that it won’t be SA’s first tome on beer – keep reading the blog to find out about a book I recently got my hands on…

Beer even took over the web in 2012, with the rise of beer shopping sites like the League of Beers, The Beer Box and Bottleshop.co.za. Drinking at home just got lazier, with your brews of choice now available for home delivery.

8. A world beer tour in your local bottle store

As the beer culture evolved, it wasn’t just local brews we were keen to get our hands – and lips – on. Imports visibly increased in 2012, with ales and lagers from the UK, Germany, the Netherlands, Belgium and eventually (finally!), the USA, appearing on fridge shelves alongside the increasing array of South African craft beers.

The notion that beer was only worthy of burgers, biltong and boerie rolls was put to eternal rest in 2012 as chefs started playing with beer in the kitchen. Beer and food pairing became the new big thing, featuring on menus everywhere from bars and gastro-pubs to high-end restaurants and five-star hotels.

The annual intervarsity brewing competition sees students from across the country competing for the title of best university brew and in 2012 UCT brought the trophy back to SA’s cradle of brewing for the first time. It was a particularly proud moment for me since my husband, Mr Brewmistress was a member of the winning team. I guess that would officially make him the Brewmaster…