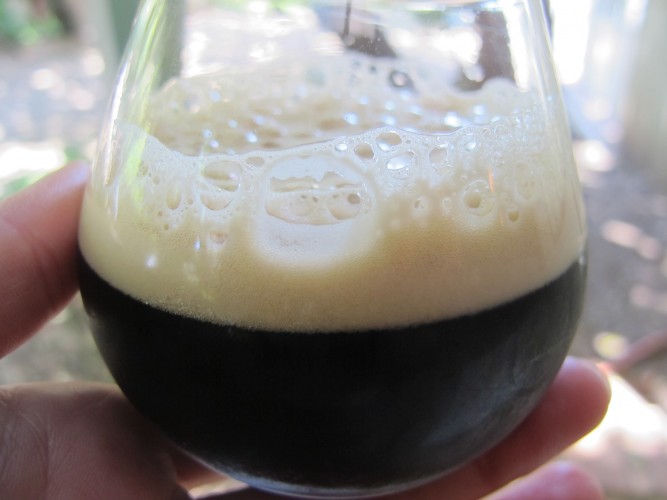 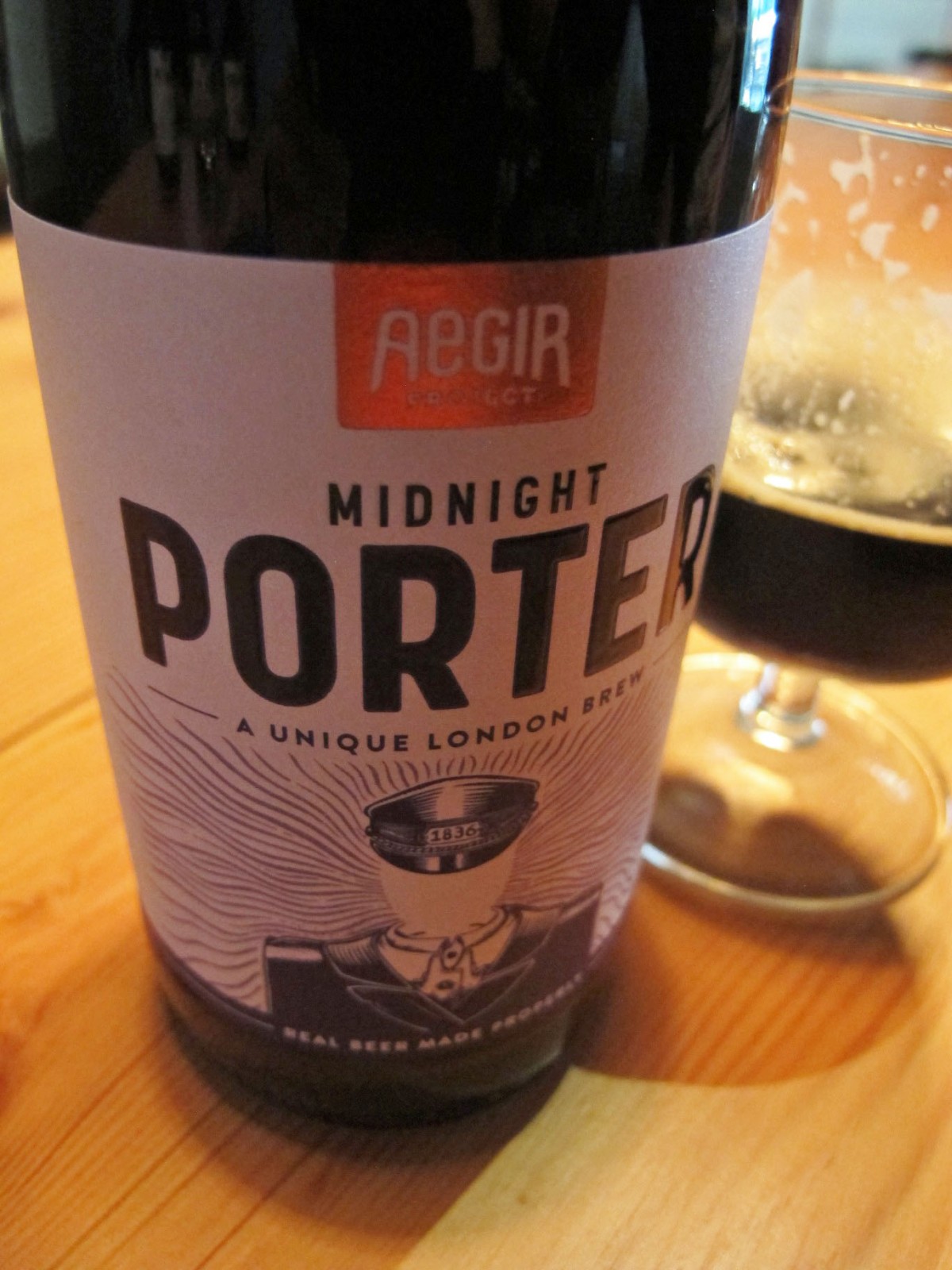 “I taste something different each time I try this beer,” says brewer Rory Lancellas of his Midnight Porter. It certainly is a well-made and fairly complex brew, and so it should be – the brewer at Cape Town’s newest brewery (opened October 2015) closely follows a 180-year old recipe when brewing the darkest beer in Aegir Project’s core range. Rory happened upon the recipe while he was working at microbreweries in Scotland where he befriended some high-ups at Heriot Watt University (known for churning out some top brewers). He says his beer is 95% true to the original recipe, including the water profile, which he has tried hard to replicate (an important part of brewing a successful porter or stout).

Anyway, what’s the beer like? Well it looks damn pretty – near jet black with dense foam the colour of that first cup of coffee on a Monday morning (you know – when you realise you’re almost out of milk). One thing that hit me straight away is the mouthfeel – it’s a delightfully velvety, medium bodied brew, unlike many of the overly thin and fizzy stouts currently available on our shelves. That said, the Midnight Porter still manages to refresh, partly because it’s a balanced affair and partly because it’s a very drinkable strength (5% ABV).

Flavours and aromas are everything you’d want from an English porter – dark chocolate and coffee in equal measures with a hint of toffee and just a touch of smoke. There’s a little sweetness to be found within, but overall it’s a dry beer and one that I feel would work wonderfully with a gooey chunk of Malva pudding.

I initially tried the porter on draught at Aegir’s Noordhoek tap room, and gave it four hops out of five. The bottled version is still great (and one of the best examples of bottle-conditioning to be found in the country – you can pour every last drop into your glass and will spy just a slight yeasty coating left in the bottom of the bottle) but it’s not quite as impressive as the draught version yet, so I’ve marked it down half a hop. I’m expecting great things from Aegir though – the beers I sampled were from the first ever brews on the new system and are already pretty impressive.