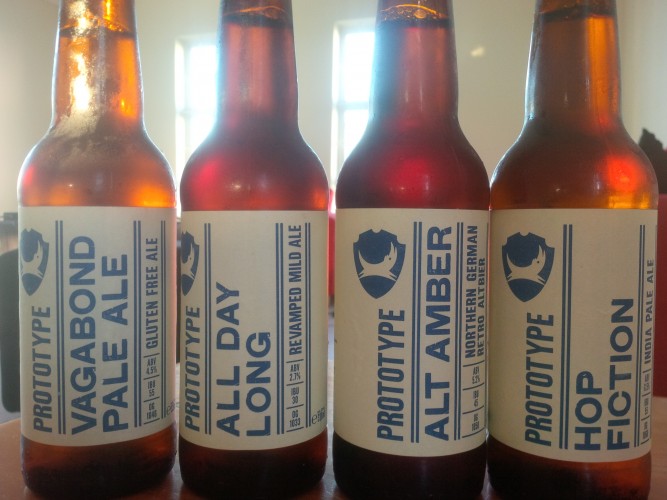 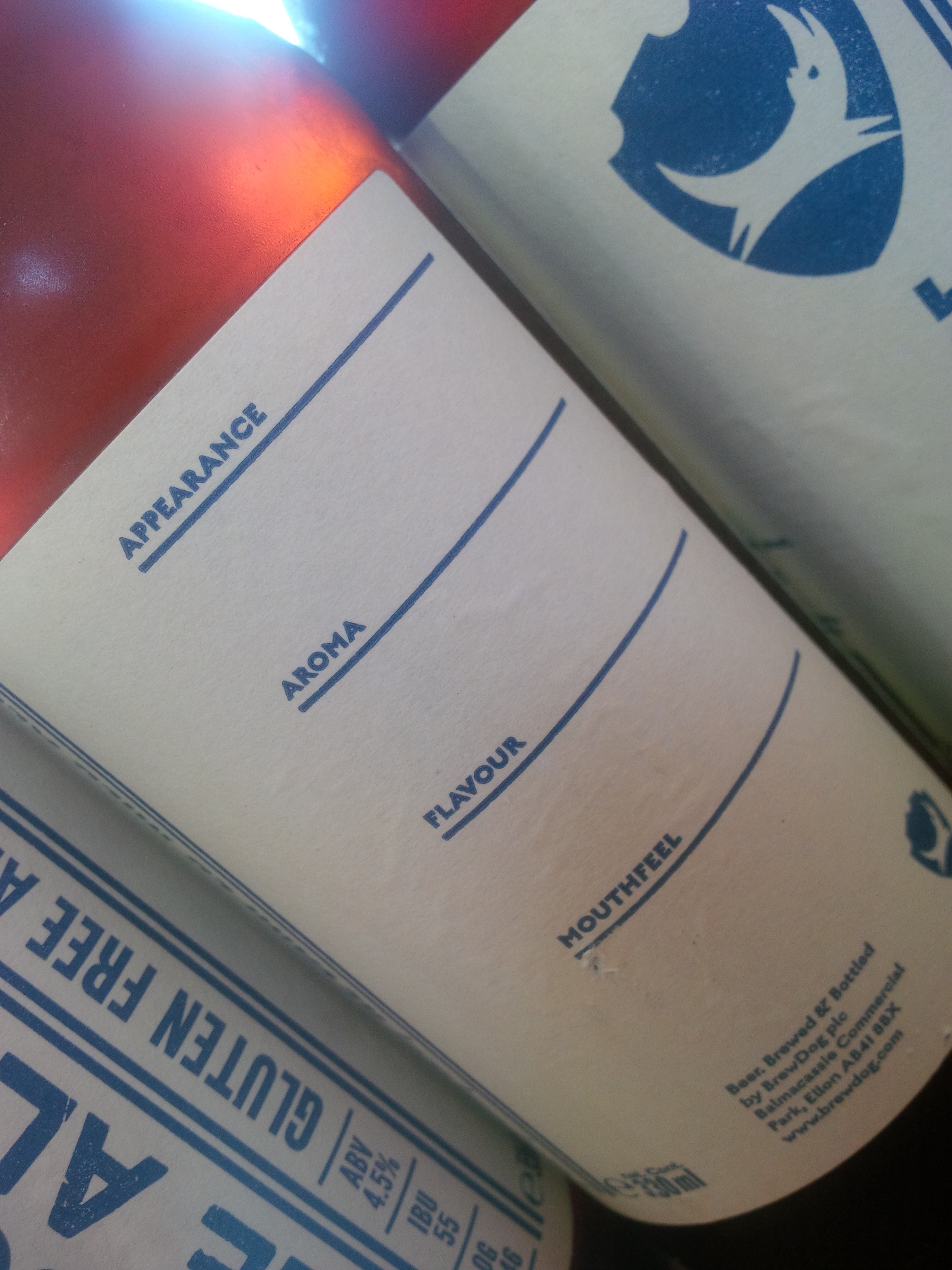 My beer reviews tend to stick to just one beer but since these four essentially come as a package deal, it makes sense to do a complete roundup. It’s that time of year when BrewDog puts out its prototype beers for public appraisal. The most popular makes it into the core range, with past winner including Cocoa Psycho and the rather awesome Jackhammer.

The 2014 Prototype Series features four ales – let’s start with the lightest, the All Day Long Revamped Mild Ale. To me, the ‘revamped’ bit seems to refer to an updated version of BrewDog’s “imperial mild” – better known as the 0.5% Nanny State. At 2.7%. All Day Long isn’t much stronger but has a similar profile – a slight hint of toffee malt and a long, bitter finish. For me it rather ironically lacks drinkability due to the lack of body, and to be honest I would rather drink Nanny State and basically have a night off the booze.

Next up is the gluten-free Vagabond Pale Ale. Confusingly, it lists pale, cara and crystal malts on the label – things you  might not expect to find in a gluten-free ale. But it isn’t brewed with alternative grains like sorghum, rice or buckwheat – in fact, an enzyme is added to break down the gluten.The beer is a beautiful shade of amber, with a slightly nutty aroma and a whiff of forest floor. Flavour-wise, I got tropical fruits with a pleasant up-front sweetness followed by a long, lingering bitterness. Flavourful and quaffable – you’d certainly never guess that it was a gluten-free option.

While Vagabond has a touch of sweetness, there’s no such flavour hiding in the Alt Amber. This bottle of liquid toast was my favourite of the four – a rich, full-flavoured German altbier with aromas of charred coffee beans and freshly baked rye bread.  The lingering flavour of medium-well toast is perhaps not for everyone, but it’s so different to anything currently being produced in South Africa and definitely the biggest hit with me. 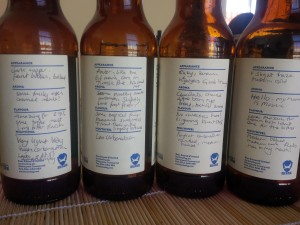 Surprisingly, for once, I didn’t choose the IPA, the fabulously-named Hop Fiction. Unlike most IPAs (and indeed all of BrewDog’s IPAs to date), Fiction hasn’t been dry-hopped, or even kettle-hopped. Instead, massive amounts of Mosaic, Chinook and Amarillo have been added at the sparge and in the whirlpool. The result is a distinct bitterness that won’t please everyone. I love Mosaic for its aroma, but I do feel that it gives a slightly acrid bitterness – like chewing on orange peel – and here I didn’t adore the result. Awesome mouthfeel though.

And I can’t finish up without mentioning the utterly awesome labels – a beer geek’s dream. Get a pen handy when you sip, for the matte paper labels come with space to write your own tasting notes so that you can taste and analyse and pick your favourite (yes, screw you Budweiser, true beer lovers really do enjoy tasting their beers, for they drink beers that actually taste good). Alas, it’s too late to vote for your favourite (by popular vote, Vagabond made it into the core range) but it’s not too late to taste the beers – look out for them in select South African outlets or contact @BrewDogZA to find out your closest stockist.

N.B. The Hop rating here is an overall rating for the range. For those interested, here’s a breakdown of my ratings for each beer:
All Day Long 3/5
Vagabond 3.5/5
Alt Amber 3.5/5
Hop Fiction 3/5