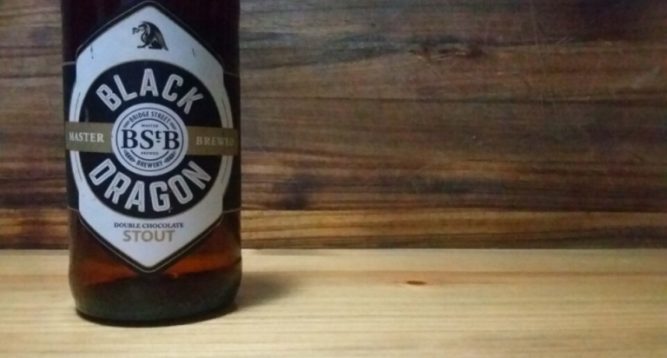 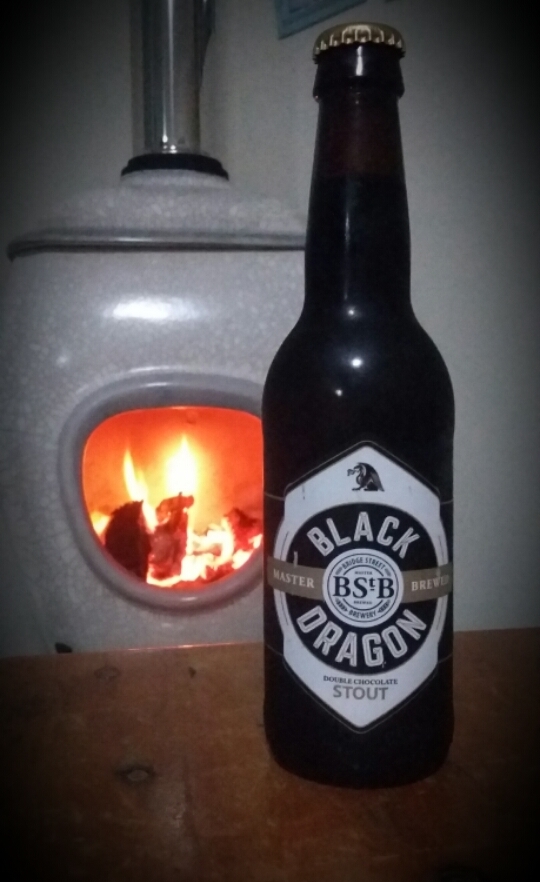 Has this ever happened to you: you go to a festival or a tasting room or a pairing evening, you trya beer, you love it and you buy a bottle or three to take home. Somehow, when you get it home it has turned from a life-altering drink into something fairly average or even fairly kak. This happens to me all the time but I am so happy to say that this did not happen with Bridge Street’s Black Dragon Stout.

I remember when I first tasted this beer at the brewery back in 2012. I loved it. It’s not a beer I find often but at the recent Thousand Sensations Festival it was my personal Best of Show. I kept going back for another taste, and another and eventually a pint. Then I brought a bottle home. I was nervous it wouldn’t live up, but as I type this I am savouring every last sip.

Too many South African stouts have the same problem – they lack body, often with a lager-like mouthfeel. Black Dragon isn’t what you’d describe as viscous, but there is certainly a lusciousness to the beer. And not just in body – the beer is described as a double chocolate stout but while the ingredients make no mention of cocoa, there’s chocolate aplenty when you sip.

It’s both satisfying and absolutely moreish, with the bitter, rich finish of a bar of Lindt 70% chocolate. My only complaint really is that it wasn’t quite as good in the bottle as on tap – there’s a slightly acidic note that lingers once the chocolate has eventually dropped away.

If you’re lucky enough to live someplace where you can buy this beer, I’d highly recommend you buy a few and savour them as nightcaps or pair them with dessert. Or better still, just have them for dessert.

Bridge Street Brewery is based in Port Elizabeth. The beers were designed and brewed by Lex Mitchell.