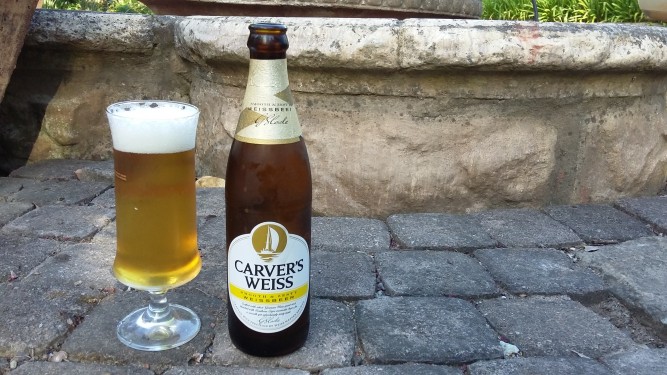 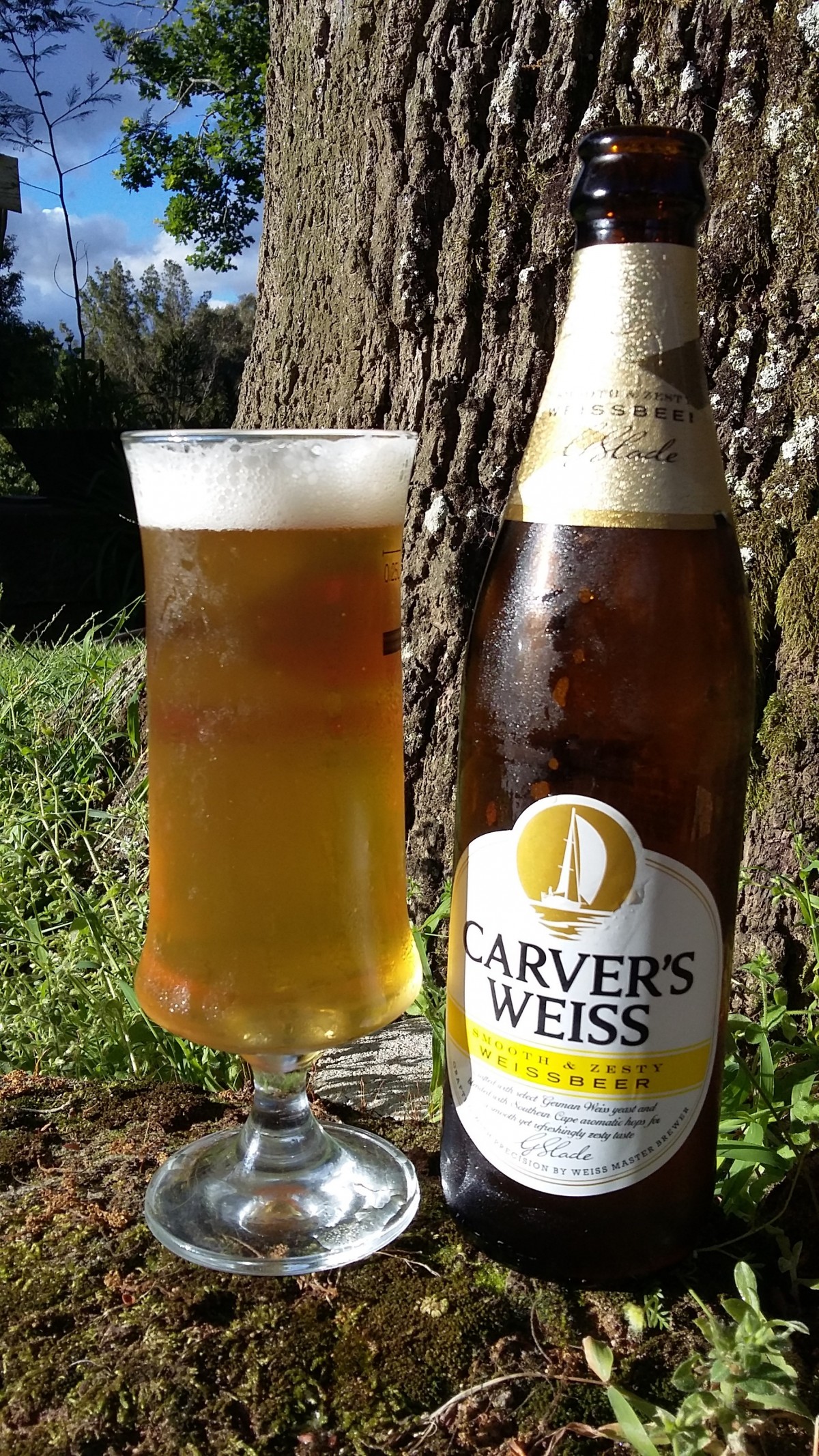 Well this is interesting. For those of you who have spotted Carver’s Weiss in store but aren’t keen on reading small print, this is a weissbier from SAB. It launched a week or so ago and is already everywhere. It’s an interesting step into the speciality beer market on a large scale (much larger than Fransen Street or Newlands Spring). So what’s it like?

Well you might have already seen the rating. I must admit, I tend to be a bit harsher with breweries that have plenty of funds and access to great ingredients/top notch equipment. If a small-scale, start-up SA craft brewer had put out this beer, I would almost certainly have thrown in an extra half hop. But this is SAB, and I think they can/should do better.

It’s not a bad beer, not by any means and I applaud them brewing something other than a pale lager, not least because it opens the general beer-drinking public’s minds to different styles of beer. It’s definitely refreshing, certainly not off and you could easily disappear a few in an afternoon. But it just seems a bit of a half measure. Nose-wise, there is very little banana (esters) and a whole lot of clove (phenols). Not a bad thing – just not to my weiss taste. The carbonation is spritzy, making it a very fresh, thirst-quenching brew.

My first issue comes with the body. This is a hefeweizen, so I expect a certain weightiness – not a full bodied beer but something I can get my mouth around, if you will. Carver’s though, is too thin, too lacking in substance. But the biggest problem for me is hops. Now people tend to think that I only like a beer if it has a barrel of hops chucked in at every stage of the brew, but that’s not true. I love hoppy and bitter beers, but only when appropriate. In a weiss, hops are meant to take a back seat to yeast. But Carver’s has a noticeable and harsh bitterness. The label proudly boasts of the use of SA hops here, but I wonder if that was the best idea.

Speaking of the label, I hear that vendors around the country have been trying to send cases of Carver’s back due to a labelling fault. If you buy a bottle, you’ll notice that the back label is upside down. Don’t for a minute think that SAB has messed up – it’s a purposeful move, designed to encourage people to rouse the yeast in the bottle (I think the idea is that you want to read the label, so you hold the bottle upside down, thus ensuring that the yeast doesn’t remain in the bottom when you pour – it’s a cool idea and a nice aid to SA’s still burgeoning beer culture).

One place they did mess up though was in their marketing – at least from my point of view. I don’t know if this is an avenue they plan to pursue, but the press release I received harped on about Carver’s being a beverage “for men and women at leisure”, a beer “that will appeal to men and women alike” and best of all, “the beer – unlike any other available in South Africa – can be enjoyed by men and women alike”.

Well huzzah for there finally being a beer that I can sit and drink with my male friends. I’ve been waiting a while for this… *tosses away pink cidery drink and opens another Carver’s with husband*…

Tasted Carver’s? What do you think? And what are your thoughts on SAB venturing deeper into the speciality beer market?