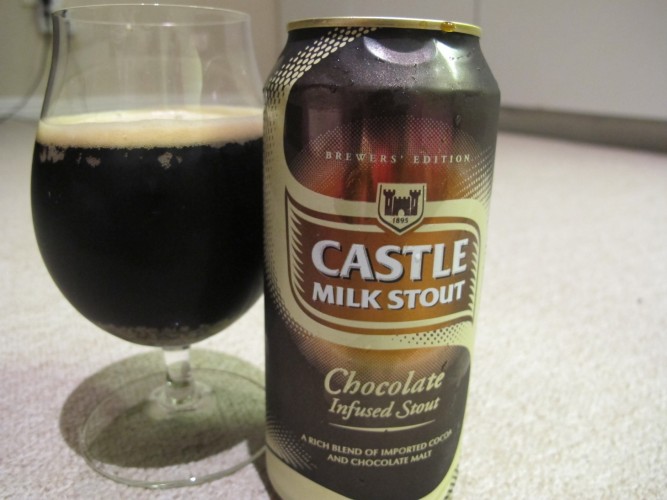 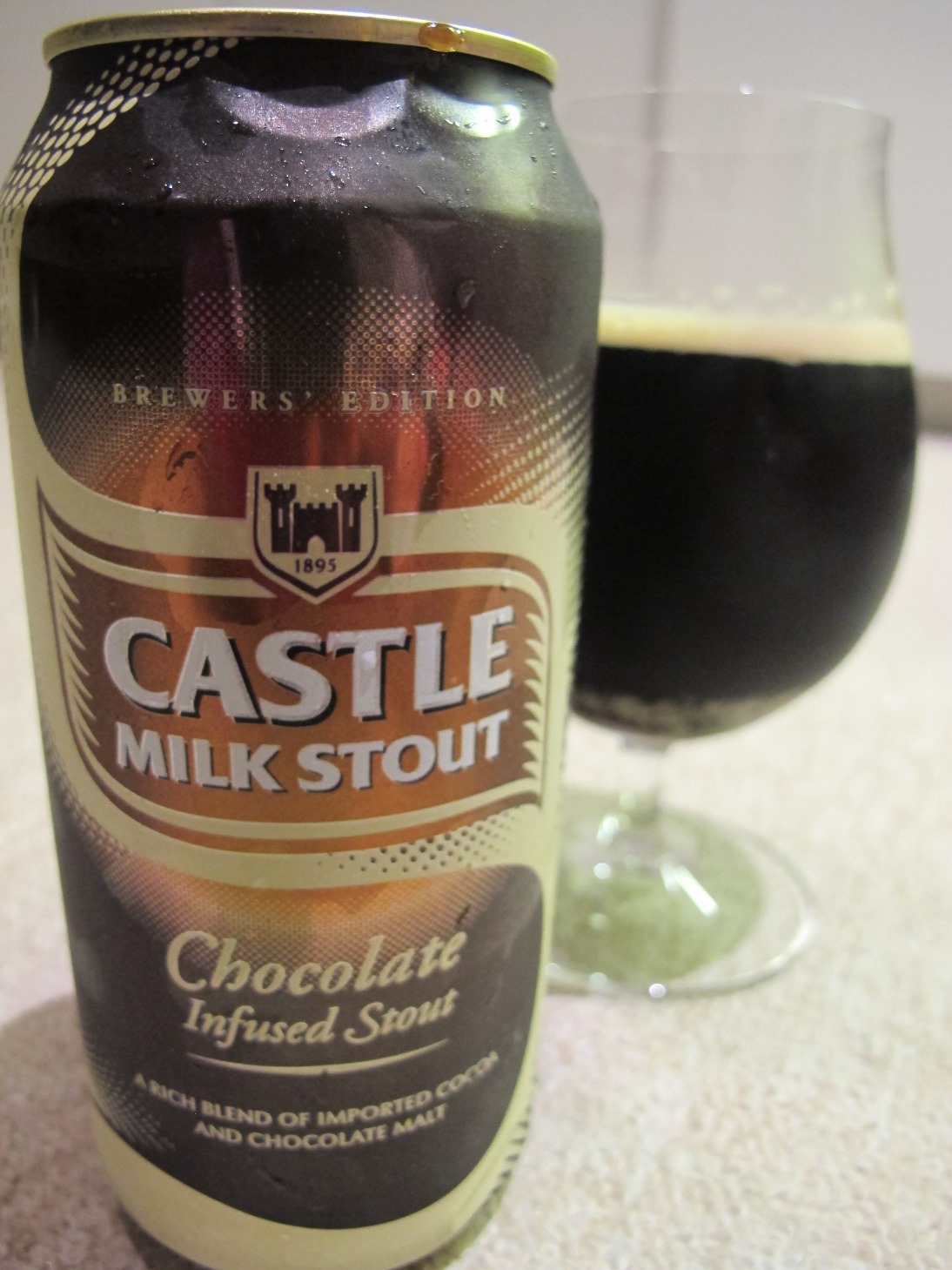 I know I’m a bit slow off the mark with this review, but there’s just so much going on the the beer world in South Africa – plus IPA Day/week got in the way. But better late than never and all that. There was a lot of buzz a couple of weeks back regarding SAB’s limited edition chocolate-infused Castle Milk Stout. I must say I was intrigued and was happy to get a couple of cans delivered to my door (especially after failing to find it in a couple of local liquor stores). I’m a fan of the original Castle Milk Stout and figured a little added chocolate could only help.

Alas, I was disappointed with the end result. While there was a nice whiff of chocolate, it wasn’t the rich, dark cup of cocoa I was looking for but rather the aroma of advent calendar chocolate. You know the kind I mean – it just has a slightly synthetic feel to it. There was also a hint of smoke and some caramel on the nose. Flavour-wise it was much the same – the chocolate was definitely there, but it was something a little less luscious than Lindt.

But for me, the biggest disappointment was the body. CMS has a wonderful creamy mouthfeel and the chocolate version was just a little thin. I would have loved a little more alcohol too – perhaps the 6% ABV of the original rather than the 4.5% of the limited edition version. It’s nice to see SAB branching out though and am interested to see if they’ll follow up with any other special brews.

Where: You should be able to find it in most decent liquor stores, though for how long, I don’t know…