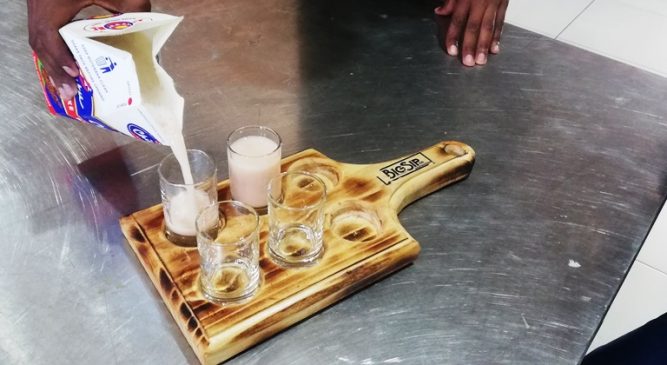 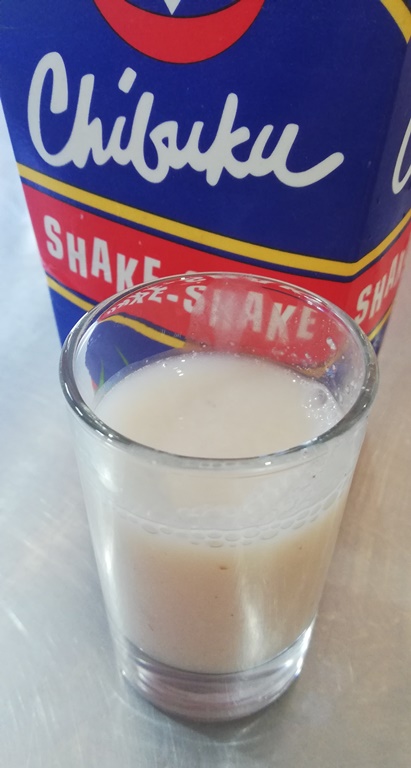 I have been writing about beer in South Africa for almost nine years and yet you could probably squeeze every word I’ve ever written about traditional sorghum beer into a single tweet. It’s kind of sad that while South Africa has been having this beer awakening, or renaissance, or whatever you want to call it, we’ve kind of all forgotten about a beer that has been celebrating birthdays, weddings and other joyous occasions for hundreds of years.

It was on a recent trip to Botswana that I tasted traditional sorghum beer for the first time in a long time. Known there as Chibuku, or more commonly as Shake-Shake (you need to shake the carton before opening), it’s fairly easy to find and my hosts at Big Sip Co. had a carton ready for me when I arrived. I am always thrilled to taste anything local and traditional, whether it’s pan-fried silkworm larvae,  spiced turnip juice or fermented horse’s milk (though please never again for that last one), but I will admit that I was expecting to take a couple of polite sips before moving on to Big Sip’s thirst quenching Kölsch or Golden Ale.

Imagine my surprise then when I found myself finishing up a taster and pouring myself a second. I was suddenly inspired and ran to get my notebook. I was going to write a review of Chibuku! Sadly, I have since misplaced said notebook so am having to write the notes from memory.

If you’ve never had Chibuku – or umqombothi as it is known in South Africa – you first have to put aside all associations with beer as you know it. This is more like beer as it was when the Egyptians or the Mesopotamians drank it all those thousands of years ago.

Although largely referred to as sorghum beer, the traditional brew also contains a hearty portion of maize. It undergoes an overnight sour mash before boiling and is spontaneously fermented over a few days once it has been cooled. The result is a curious shade of pinkish grey (a little like those old white undies that have been washed with the coloured laundry a few times). It is completely opaque, completely uncarbonated and has a mouthfeel that can literally be described as “chewy”. And this is not in the sense that it’s a big, full bodied imperial stout or a robust cab sauv. It is literally chewy, and drinking it without getting morsels of grain stuck to your lips takes a little practice. 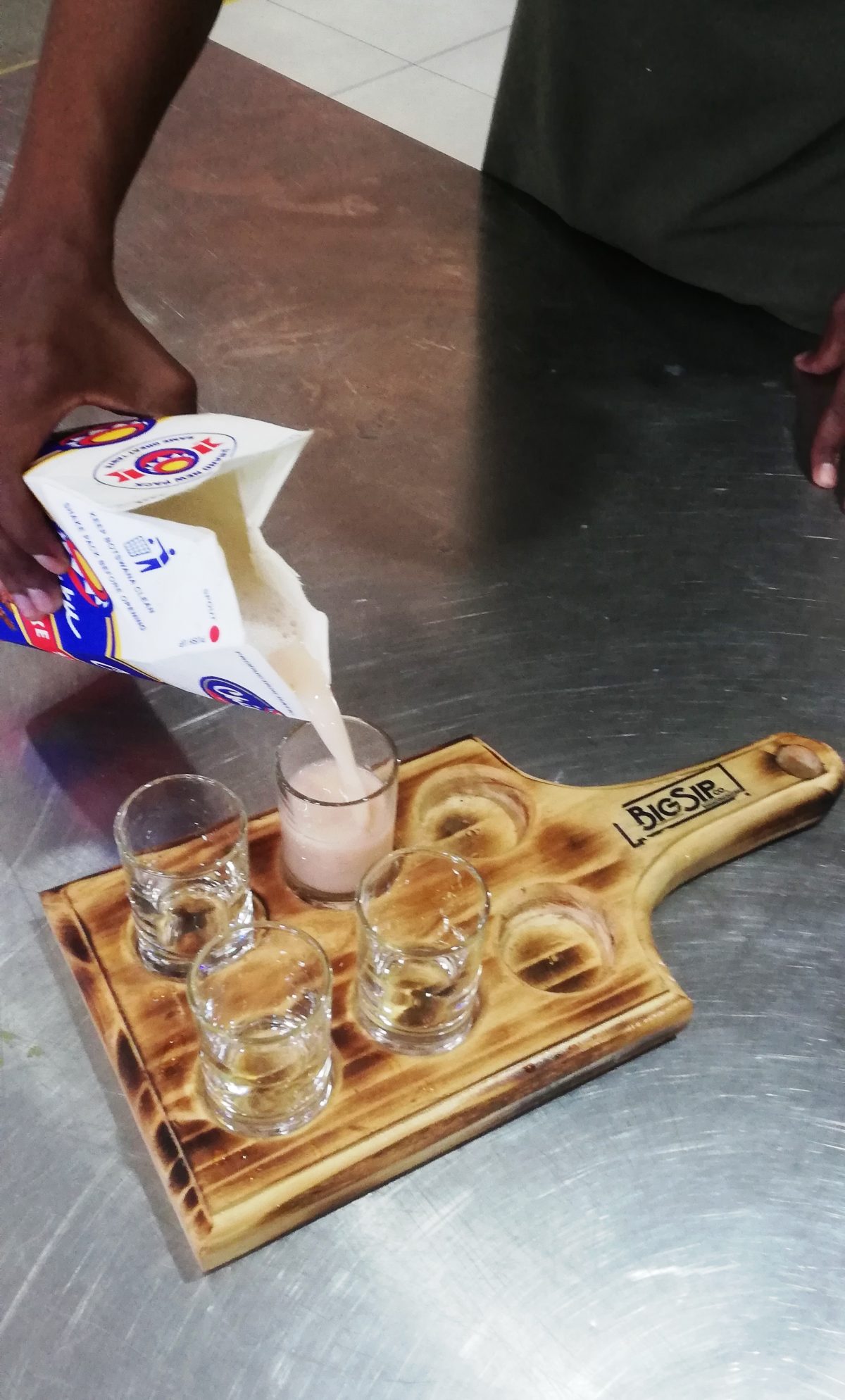 I had tasted versions of the beer before, but never enjoyed it, yet here I was draining a second taster. Was this a better example than previous sorghum beers I’d tasted? Possibly, but I think there was another factor – the rise of sour and wild-fermented beers and my increased palate for them. Many of the flavours you find in Chibiku are also present in some of the wild-ferment craft beers: a lactic sourness, a barnyard-like funk and a tart apple character that you might find in a Berliner Weisse or Lambic.

Chibuku is what you might call carton-conditioned. When packaged it is still actively fermenting and those in the know, know that a clean carton is a young beer. If you want the brew with a little more flavour – and a touch more ABV – look for a little dried-on beer around the vent. The carton I sampled was young, but I’m told the acidity increases with a couple of days out of the fridge. The alcohol level is listed as “3.5% +/- 0.5%”, allowing for a little extra oomph as the beer ages, but this is a low ABV option and for me, you’d get full long before you’d get drunk.

Over the past year I have personally become more interested in traditional beer – from seeking out a homebrewed umqombothi for Garrett Oliver to taste in Cape Town to publishing our first sorghum article in On Tap Magazine (a chuckle-inducing read detailing Stefan “Little Wolf” Wiswedel’s attempt at brewing umqombothi on a Grainfather). On South African National Beer Day I joined an umqombothi brew day and tasting with Ukhamba Beerworx’ Nolu, held at Banana Jam, and was shocked at how many South Africans had never tasted this heritage brew. If you’re one of them, and you’re based in the Cape, check out this event held in conjunction with the Southyeasters Homebrewers Club and Ukhamba. Anyone can enter the competition to make – and if you want to, modernise, traditional sorghum (and maize) beer.

I hope this is the first of many articles I end up writing this year on the topic of traditional African beer. As South African brewers continue to seek their own beer identity, I suspect our heritage brew is going to become increasingly relevant. And this can only be a good thing, whether you’re a brewer, a drinker or just a distant observer of ancient traditions.

Have you ever tasted Chibuku or umqombothi? Does it hold special memories for you? Have you ever tried brewing a batch? Or is it on your 2020 ‘to taste’ list? Tell all in the comments section below.