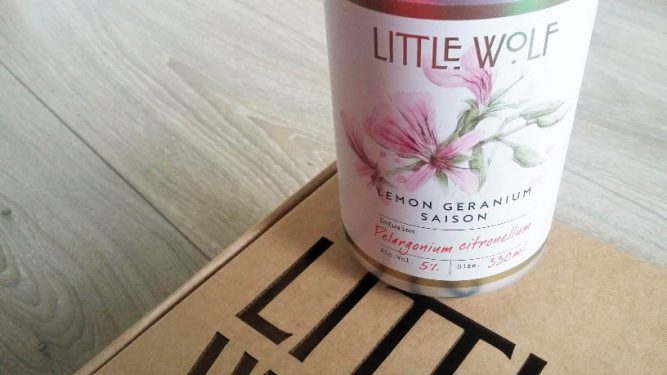 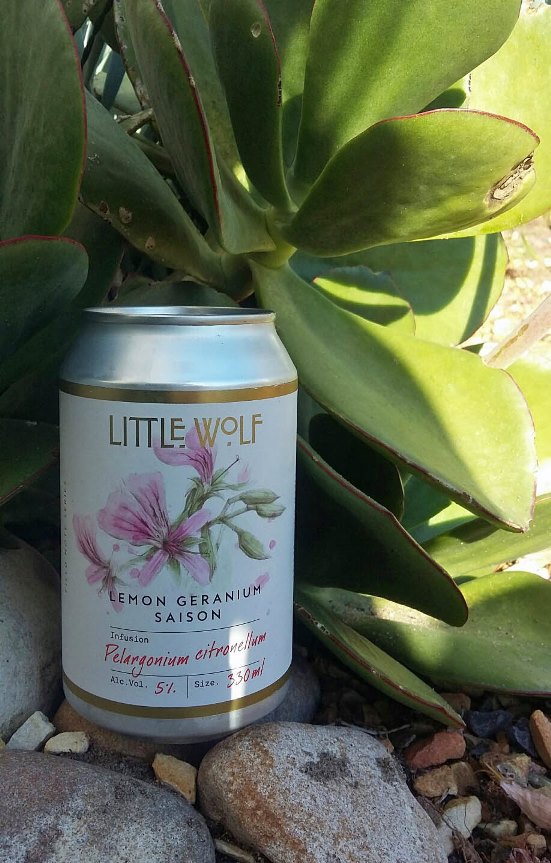 I kind of fell in love with this beer before I’d even tasted it. When Little Wolf held an evening of saison appreciation a few weeks back, I was recovering from a three-week trip to the States (stinking cold picked up on the plane and a touch of beer fatigue from the hundred-plus beers tasted). But I saw photos of the can plastered all over my Facebook feed and must admit the fomo did take hold. So I, like you (especially you Gauteng folk) was very pleased to hear the beer is getting a limited release in 330ml cans,

And what a can it is – so elegant and so different to any other beer branding on the market. “Are they catering to the female market?” I hear people ask. “Nope – we’re catering to any market that enjoys well-made beer in a well-made packaging”, I hope Little Wolf’s founder Stefan Wiswedel replies.

The Lemon Geranium Saison is a limited edition brew released as part of Little Wolf’s Field Notes series. You can expect a new brew every quarter or so, each giving a nod to Stefan’s former life as a botany student.

When I was writing this review I sat, pen hovering over paper (oh yes, I often write the old-school way before hitting the laptop), not quite sure where to start. The reason: it’s an extremely delicate and complex beer. The aromas and flavours come in waves and just when you think you’ve nailed exactly what you’re picking up, something else surfaces to confuse the palate: there’s orange peel and sharp gooseberries, black pepper and marmalade, and a finish that is subtly reminiscent of straw wine.

I might have been influenced by the fact that I sipped my can in a hammock on  28-degree winter’s day, but to sum it up, to me it tastes like summer in a glass. And much like I mourn the passing of summer each year (yes, yes, I know, we do need the rain), I continued sniffing the glass long after the beer had disappeared from it.

Little Wolf Lemon Geranium Saison launches today, June 14th, at select outlets in the Western Cape and Gauteng. Check out the full list on Facebook and get there quickly – I suspect this is going to exit the stores quicker than Donald Trump leaving a G7 summit…