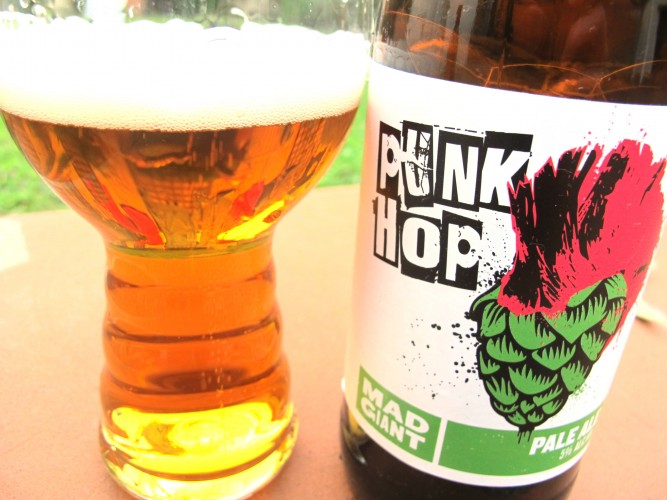 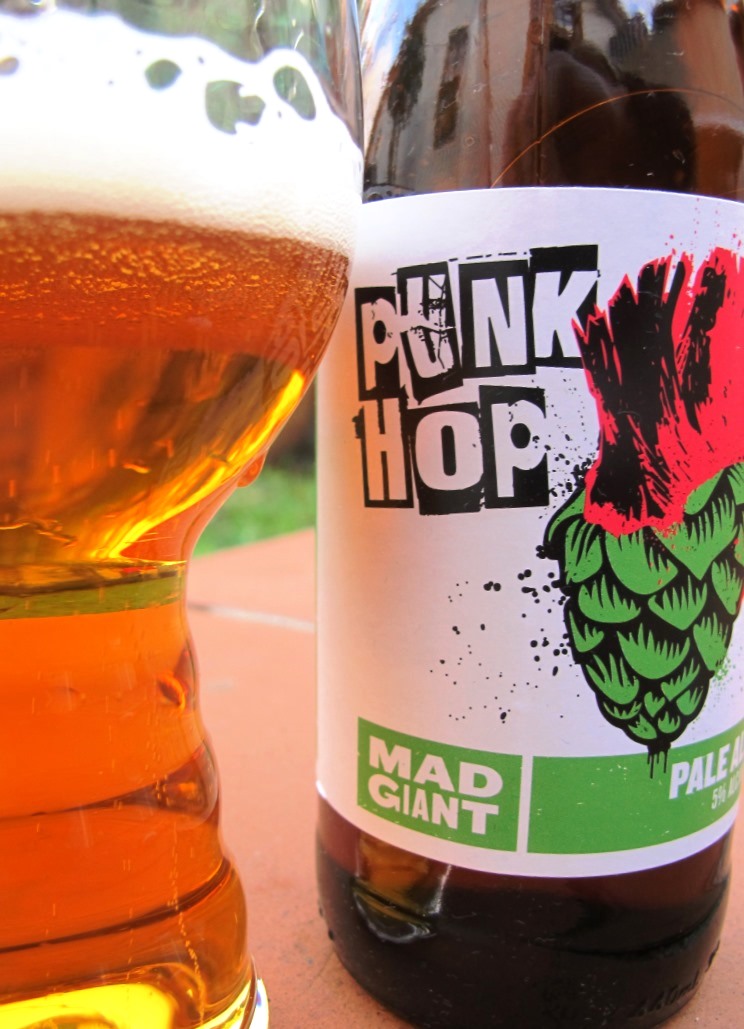 When I first saw Mad Giant’s labels (and their beer names…and brewery name for that matter) I had high hopes. These are labels that could easily be found on an American liquor store shelf. So does the beer live up?

The new Mpumalanga-based brewery’s pale ale is a gorgeous light copper hue and pours clear. Brilliantly clear. Hopes were raised a little bit higher as I went in for that first sniff.

Considering the in-your-face hop cone adorning the label, I was expecting a little more hop aroma, but instead the beer, to me, seemed more malt-forward than anything else. I think the labels threw me – I was expecting an American-style brew but that first sip was actually a taste of home for me (the UK). There’s some toast on the aroma and plenty more on the palate, finishing with a well-rounded bitterness that comes both from the hop additions and from the malt. There’s a touch of spice and the hops do come through right at the end. If you’d handed me a pint of it in an English pub, I’d have said “we do make awesome beer here – barman, pour me another!”

Was it as hoppy as I imagined? No. Does this matter? Not in the slightest. It’s a superbly-made and well-balanced beer that’s refreshing, tasty and moreish. I hope it becomes more widely available as I can see this becoming a go-to beer for me this summer. Turns out you can judge a beer by its label.

Where? The beers are currently available at Roeland Liquors in Cape Town, via League of Beers and at select outlets in the beer’s hometown, Secunda. Look out for them soon in Tops Spar Nelspruit as well and keep an eye on their Twitter feed for updates.