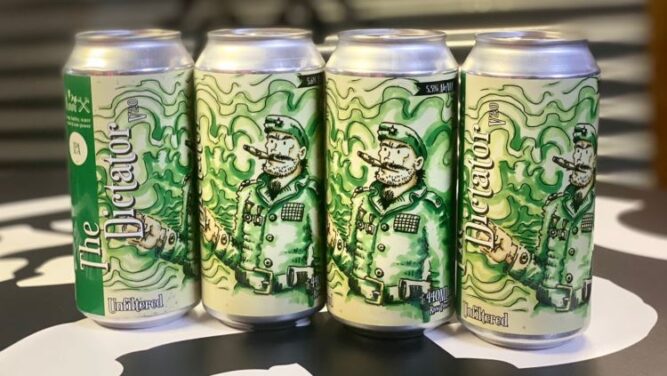 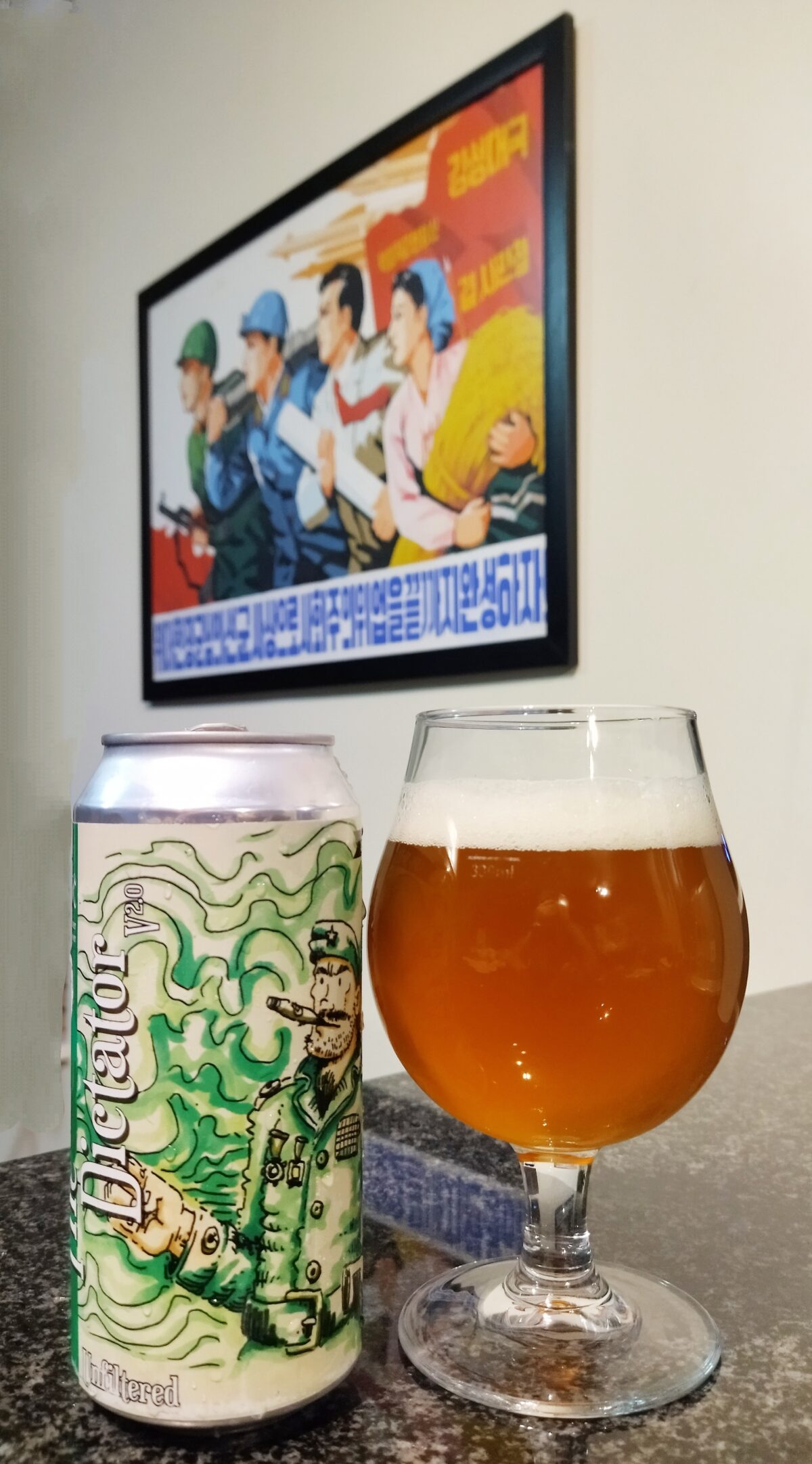 I’ve often heard brewers and drinkers in South Africa talking about how a beer “doesn’t travel well”. I mean sure, beer doesn’t have the shelf life of wine or whiskey and some styles are certainly best drunk as fresh as possible. But on numerous occasions I have tasted beers in one part of the country, enjoyed them, brought some back home and been a little embarrassed to have enthusiastically shared them with friends. I can happily say OC Brewery’s Dictator was not one of these beers.

I grabbed a 12-pack of The Dictator from the brewery in Kya Sands while I was up in Gauteng a few weeks back. We were en route to the Pilanesberg and on arrival promptly loaded up our lodge room’s tiny bar fridge with goodies we’d picked up along the way. I won’t lie – because when it comes to reviewing beers at least, I never lie – I wasn’t wowed at first. I thought it was a decent beer – refreshing and clean but a little lacking in hop character. Granted, our little fridge was working overtime and the beer probably never quite reached the desired drinking temperature. My husband couldn’t get enough of it though so I made sure to save some cans from his thirsty grip to bring back to Cape Town.

A week later, I cracked a cold one (from our dedicated beer fridge – always at the right temperature) and my opinion changed completely. Slightly murky from the dry hopping, the beer gave up a great waft of fresh pine needles and grapefruit rind. It was in fact one of the freshest, most “West Coast” aromas I’ve inhaled from a beer in some time. In flavour too, this beer is all hop, but not in that juicy, thick, New England way. It’s medium-bodied, effervescent, ever so slightly dry and very clean and crisp. Malt is there of course, providing body but very little in the flavour or aroma departments – just as it should be for an American IPA. 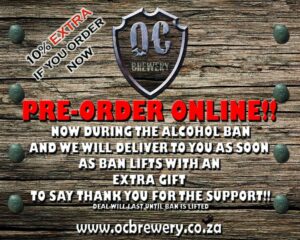 At 5.6% ABV, it’s on the low end of the IPA booze scale – perhaps another reason I enjoyed it. So yes, I will once again call bullshit on the “beer doesn’t travel well” theory. If a beer deteriorates that quickly in flavour it’s not the travelling but the packaging that’s the problem. Happily OC made the switch to cans a year or so back, helping their product stay fresher for longer. I give The Dictator a 3.8/5.

I have long since depleted my remaining stocks but I have found myself craving The Dictator since I finished the last can. Luckily, OC Brewery now delivers nationwide. If you pre-order now, they will deliver as soon as the alcohol ban is lifted. And to say thank you for the support, they’ll even add an extra 10% to your order if you buy before the booze ban ends (which hopefully will be this coming Monday…)

Keep supporting your local brewery – or indeed any small South African brewery. They need you!