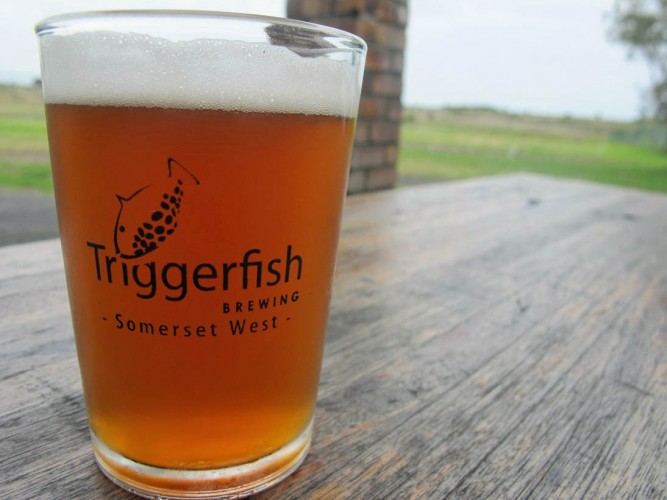 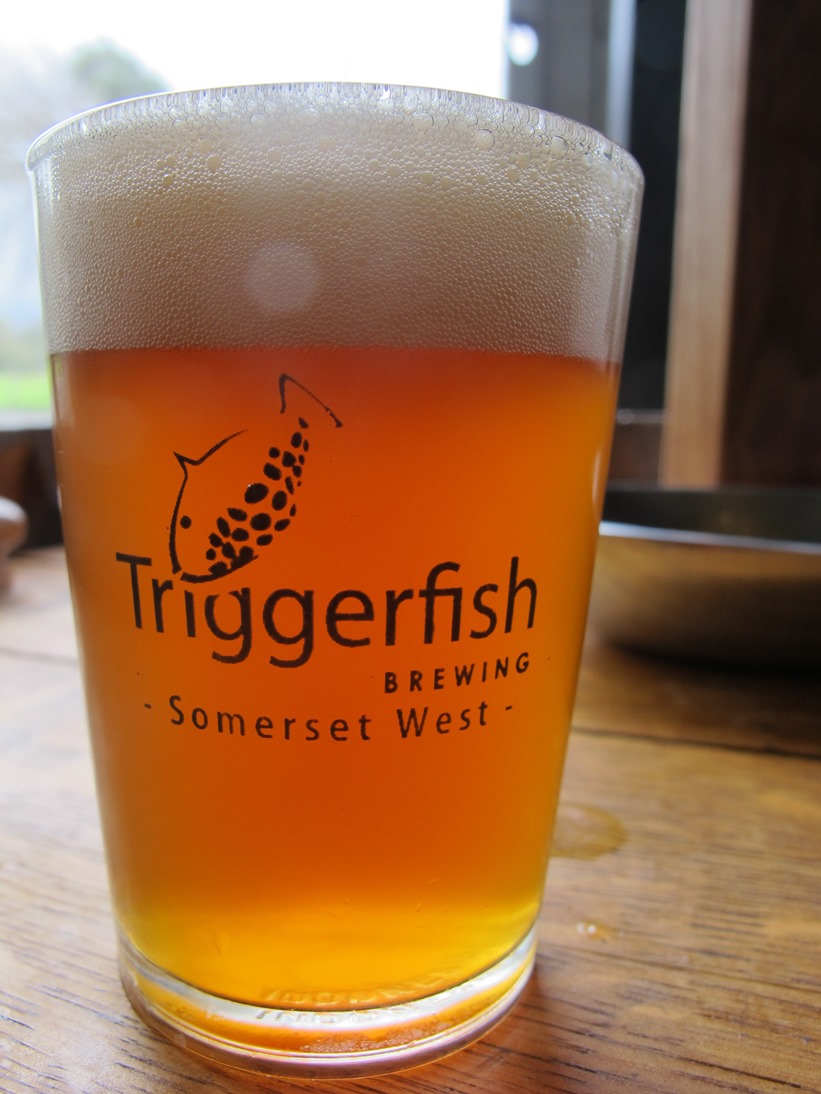 First off, I have to say that this beer is not only innovative, it’s a real eye opener. Let me explain – Southern Right (5.2%) is a South African Pale Ale, a beer brewed using only South African malt and hops (with some special SA goodies added. Homebrewers and craft brewers alike tend to rely heavily on imported ingredients since the locally-grown stuff tends to be geared largely towards lagers. I hear a lot of people saying they have to use imports to get a range of flavour profiles and I have to say that Eric van Heerden, Triggerfish’s owner, has proved the naysayers wrong. He decided to roast his own malt for this beer, which uses Southern Passion hops and just a touch of buchu.

There’s a prominent aroma of granadilla, but the roasted malt also shines through when you sniff, giving a hint of caramel. When you sip, it’s almost like a passion fruit-flavoured toffee. Southern Right is well balanced and has a lingering bitterness that leaves you wanting another sip. Only once you’ve swallowed do you get this slightly minty, refreshing twang. It was only after sipping a couple of tasters that I found out buchu was in the mix. It was a proud palate moment for me as I’d written ‘almost tastes of buchu’ in my notes.

This beer was the inspiration for the Triggerfish Open – read about this homebrewing competition here.

Where: Southern Right is only available from the Triggerfish taproom in Somerset West.