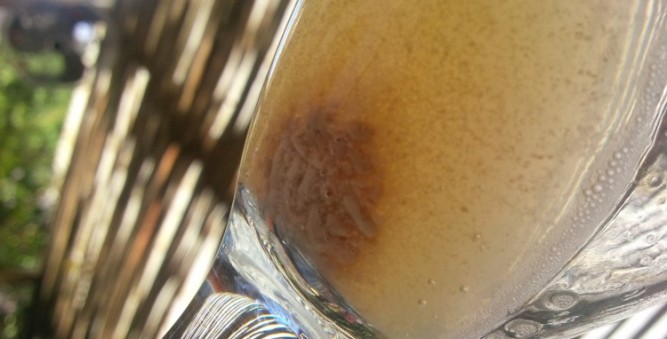 A couple of weeks ago, when I published a post featuring a few beer-related ramblings and irks, a fellow beer blogger commented that one of the things that bothers him is the lack of honest reviews on blogs when it comes to bad beer. It was something he covered in greater depth on his blog, Beginner Brewer, late last year, posting “If you follow an “Everybody get’s a prize” philosophy, if you refuse to post bad reviews, if you don’t educate yourselves in what an off-flavor is and tastes like, well, you’re doing a tremendous disservice to the craft beer movement in this country.” 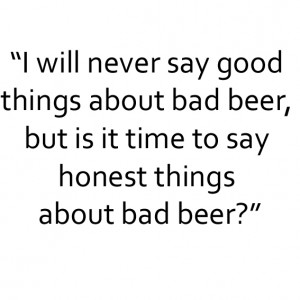 It’s something that I have been mulling over for well over a year. Until now I have employed the old “if you haven’t got anything nice to say, don’t say anything at all” approach, but is this the right way to go about things?

On the one hand, calling people out in public for a sub-par product is not the nicest thing to do – this topic was discussed over here – but then again, if you’re putting a sub-par product on a shelf and expecting Joe Public to pay an often over-par price for it, then isn’t anyone that buys it perfectly entitled to warn others not to waste their money? For me, it’s a battle of being kind to brewers – many of whom I know personally – and being kind to readers, saving them the cash that I might have wasted.

I will never say good things about bad beer, but is it time to say honest things about bad beer? Would you want to read constructive, but truthful reviews of beer that was sour or chlorophenolic or that gushed out of the bottle, bringing floaty bits of yeast and muddled aromas of cider and band aids with it? Do you want to know which beers to avoid? Or would you rather save brewers’ feelings and find out for yourself which beers are likely to end up down your sink? I’d love to hear your thoughts on this, especially if you’re a commercial brewer.