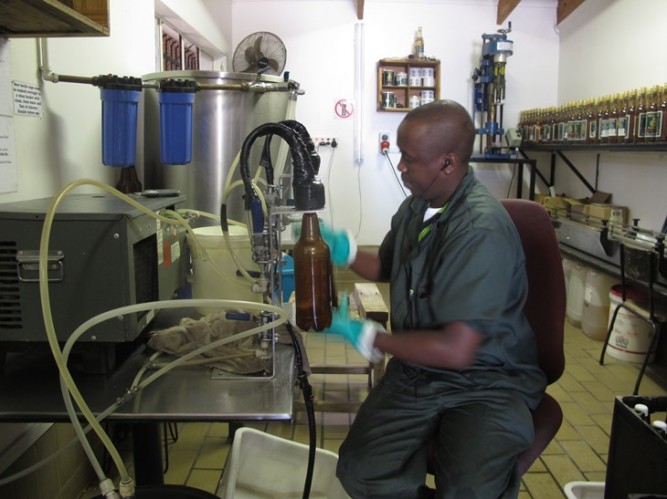 Yesterday I was at Draymans Brewery in Pretoria. As one of the country’s longest-running craft breweries, Draymans is always a hive of activity and yesterday they were both brewing and bottling. I spent some time watching the bottling process and it helped shed some light on just what’s going wrong with our bottled beers. 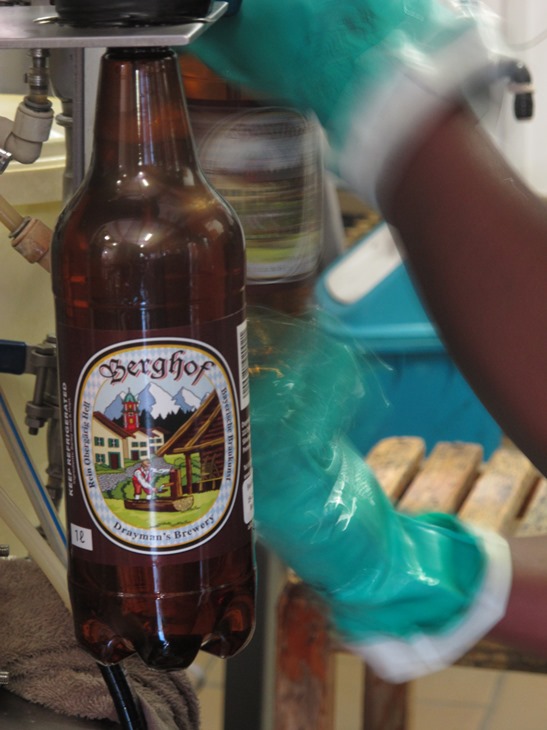 How to bottle a beer properly

If you’re a regular reader of this blog, you’ll know that my biggest issue with craft beer in South Africa is that of poor quality bottled beers. I ranted on about bottle condtioning for a while here, then tried to correct myself here. But the issues continue and I’ve been giving it a lot of thought lately. It’s not just a botle-conditioning issue – I’ve also had a host of force-carbonated beers that I ended up feeding to my sink. So why is this happening?

I’ve been on the road for my forthcoming book, Beer Safari, for pretty much the whole of September and along the way I have tasted a fair few beers. I’ve also brought plenty of bottled beers back to the Cape for my beer geek buddies to sample. And somehow I end up looking like an idiot half the time, claiming that this new brew was pretty fabulous at the brewery, only to open the bottle at home to find that it’s average at best and infected/sour/undrinkable at worst.

Do the brews really “not travel well” as many brewers claim? Is the beer turning to vinegar the second it crosses provincial lines? Are force carbonated beers standing in solidarity with the bottle-conditioned counterparts and simply refusing to be drinkable? To be honest, the latter question is only as ridiculous as the first.

While I’ve been travelling I’ve been paying close attention to brewery practices and it was watching the bottling process at Draymans that prompted me to write this post. I must emphasise that what I saw at Draymans was nothing but superb, with hygiene regimes of the highest standard. Despite the fact that the beer goes into plastic bottles, it keeps well and is free of any off-flavours. Meanwhile people bottling in glass – and force carbonating rather than bottle-conditioning – can’t seem to escape an array of inappropriate flavours.

What I witnessed at Draymans was a dedicated member of staff wearing gloves as he dipped his hand into a tub of sanitised bottle caps and followed a strict process to bottle each beer. And that got me thinking about some of the stuff I’ve seen elsewhere. I’ve seen bottles overflow while others fail to fill, then watched as someone topped up the underfilled bottles by hand, all of them sitting open to the elements while the botched procedure went on. I’ve seen those in charge of filling and capping touching the inside of the cap with hopefully clean but probably unsanitised hands. 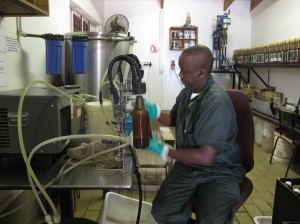 I’ve heard numerous people say that they don’t clean or don’t sanitise their bottles when they receive them from Consol. Bottles that sit on a truck or in a dusty warehouse just get rinsed, or in some cases, just get sent straight from truck to bottling line to be filled with beer. That can’t be good.

Most brewers totally understand how crucial cleaning is in the brewhouse, but for some reason, many forget that this cleanliness has to continue until the cap goes on that bottle. I hope that at least one brewer reads this and thinks “oh my god, that’s me!” Then, assuming said brewer changes their bottling practices, I’ll feel like I achieved something today