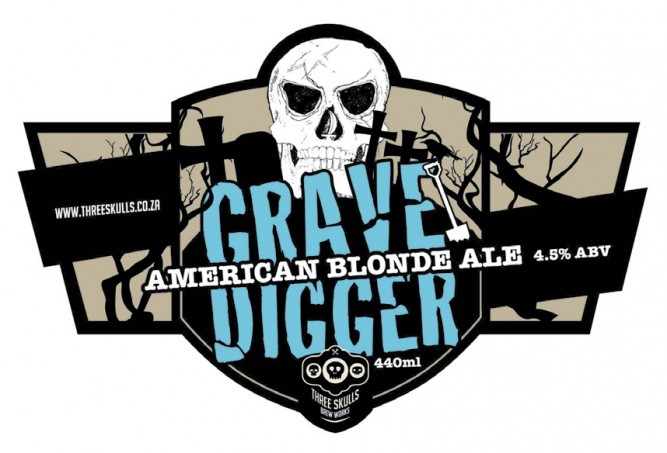 If you’re an uber beer nerd, you might have laughed raucously over a video recently doing the rounds, focusing on a group of beer snobs making increasingly douchebag-like comments about the beers they’re tasting. I can call them this because I too am a beer douche. I was nodding along with everything they said, literally uttering things like “oh my god, I voiced that exact same sentence just last week” or remembering when a buddy also balked at a beer’s sourness, announcing it to be grotesque…unless it was a Lambic, in which case it was the best beer he’d ever tasted.

One sentence in particular stuck in the minds and mouths of my beer douche buddies and has been stated or What’s Apped repeatedly since we watched this video: “I can smell the contract.”

Contract brewing is a contentious topic in brewing circles. A ‘contract brewery’ is basically one that doesn’t brew for itself. Instead, the company deals with issues like branding, marketing, recipe development and sales but outsources the actual brewing process to another brewery. There are very good reasons for contract brewing, most notably among them the prohibitive costs of setting up a craft brewery from scratch. Gary Pnematicatos from Citizen Beer explains why he went down the contract brewing route: “When I initially quit my day job, my intention was to build a 1000-litre system and have lots of fermenters and every day go and brew. But it was the licencing and the difficulty in getting equipment and all of the logistics and we decided to focus instead on the brand and the logistics of getting our beer out there.”

Citizen is brewed by Boston Breweries and considering the brand’s success, it was a wise decision on the part of Gary and business partner Hugo Berolsky. And the two entrepreneurs are in good company – America’s hugely popular and successful Boston Beer Company (of Samuel Adams fame) started out as a contract brewer and grew into one of country’s best-known brands and its founder, Jim Koch, is now a billionaire. Yet the practice is still somewhat taboo, and most South African contract brewers don’t exactly shout their status from the rooftops.

Perhaps this is why some are suspicious of the practice – in a reader poll of this post featured on CraftBeer.com, the majority of voters said they didn’t care if a beer was from a contract brewer as long as they didn’t feel misled about the product’s source. Anyway, regardless of why, contract brewing has long been the focus of controversy in the USA, and last week the issue appeared on South Africa’s beer radar. Twitter was suddenly littered with references to a certain festival not allowing contract breweries to attend. So I did a little digging.

The festival in question is the Clarens Craft Beer Festival, held in the Free State each February. I chatted to the fest’s organiser, Natalie Meyer about the decision to exclude the contract brewers. “First off, we don’t have an issue with the contract brewing model,” Natalie told me. “There is a definite place for it in the market and we don’t doubt for a moment that contract brewed brands in SA have had a massive impact on demand for craft beer.” This is undeniable, for just as the US had the Boston Beer Co, two of the key players in South Africa’s craft beer revolution are in fact contract breweries. No one can deny the vital impact of Darling Brew and Jack Black Beer on the country’s beer scene and who knows – if they’d had to have found the cash for their own 6000 litre breweries, they might never have been established and we might still all be drinking Black Label.

But Natalie went on to explain that the Clarens fest is a niche event and one where people want to feel as close as possible to the product.” We can have only so many exhibitors to make the trek out to Clarens economically viable for them,” Natalie said. “The visitors to the festival are from Gauteng, KZN and central SA and we have invited breweries from these areas to have maximum impact on their brands after the festival.” Most of the contract breweries in South Africa are Western Cape-based, though their reach is spreading across the country. It seems the decision then is in part to give the little guys a chance, rather than having the festival dominated by bigger brands.

Considering the limited space at the festival, this doesn’t seem unreasonable, but what about contract brews from the target region? Dyllan Roach of Aces Brew Worx is disappointed that his new brand won’t be featured at the fest. “Most of us in the craft market are small entrepreneurs, passionate about craft beer and our businesses,” says Dyllan. “Some of those businesses like Aces Brew Worx do not have the funds to purchase sufficient equipment to produce enough beer to access the available market and therefore choose the route of a contract brew. I feel that what made the craft beer market so special was the sense of community, the appreciation for other brands and a general understanding of how hard it was to compete in a market monopolized by SAB. It’s sad to say that I feel the “let’s all play nice” attitude the craft industry has adopted and loved for many many years seems to be coming to an end and it’s fair to say the craft brewers and contract brewed brands will not only be fighting SAB and the imports for a fair share of consumers but each other too.”

Natalie says that the decision was made to benefit the public as well as brewers, giving beer lovers a chance to interact directly with the brewmasters themselves and giving the brewers a rare chance to get together to talk beer, beer, beer. But the policy has already been met with a lot of criticism, with some suggesting that larger brands which are not contract brewed are unlikely to send their brewer and that certain brands attending only brew a portion of their full capacity, the rest being contract brewed at a larger brewery.

I know that the number of breweries at the 2013 Clarens Fest was down from the 2012 total, largely through requests made by some of the brewers attending in order to maximise sales, so I guess someone had to go and that this year, that someone was the contract brewers. For what it’s worth, while I understand that a trip out to Clarens is a pricey endeavour for a small brewery, from the consumer’s point of view, the more brands at a festival, the better. As for contract brewing, I think it’s time that the brands stood up and owned their niche in the market. If a brand is ashamed that their beer was brewed under contract, then it will naturally make the consumer suspicious of the product. As the beer revolution gathers steam, band wagon-jumpers are bound to emerge and most likely in the form of contract brewers, so the legitimate contract brewers should be loud and proud about their beers, regardless of where they are brewed.

Join the debate – what do you think of contract brewed beers? And the decision to exclude contract brewed brands from the Clarens Craft Beer Festival? Do they have an unfair financial advantage over their brew kettle-owning peers? Or do they have just as much right to peddle their wares as those who brew for themselves? Tell us your thoughts in the comments section below.

This post was first published on The Craft Beer Project.