CTFOB turns 10 – here are some highlights from the last decade 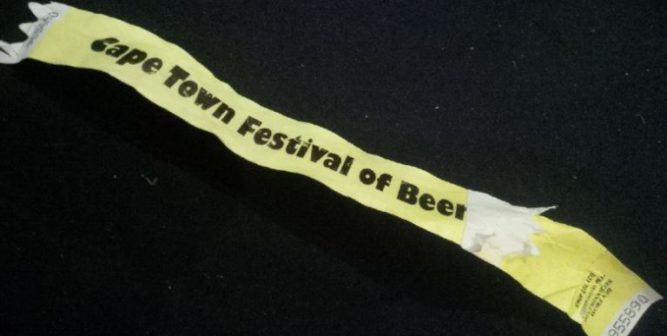 The Cape Town Festival of Beer has always been a special weekend for me. It’s pretty much the anniversary of when I arrived in SA and more importantly it’s an annual get together of a great big pile of awesome people, with an equally sizable pile of great beer. I’ve been to every one of the fests and with the exception of the first year (and one year when the Saturday hangover was just too much), I’ve attended on all three days of the fest. I wanted to take a look back at some of the best memories since the festival began. And I’d love to hear your CTFOB highlights as well.

We’d been in South Africa for about a month when we spotted a poster for the Cape Town Festival of Beer. Although in layout it’s a similar beast, in terms of content, the festival has changed considerably. In that first year, each of the SAB brands had its own stand – Castle, Hansa, Milk Stout, maybe even Pilsner Urquell. One entire tent was dedicated to South Africa’s favourite Canadian creation, Carling Black Label, with cups, tables, waiting staff uniforms and of course, taps, sponsored by the brand. And then there was the craft beer corner. And it really was a corner – a stand at the far end of one tent that served a dozen or so local microbrews and imports. The highlights were weissbiers from Paulaner and Camelthorn.

What a difference a year makes. From being able to taste every non-SAB brand in a matter of minutes to having to carefully plan out how to sample all 100 beers on show over the course of a weekend. It all began one day on Twitter when someone – possibly event organiser Martin Tucker – threw out the challenge to taste every beer on show. I was fairly new in the industry and thought it would be a fun way to get the Funke name out there, if you will. So over the three days I tasted every single beer (easy enough) and tweeted a brief review of it (increasingly difficult as the days went on). Only recently – like, yesterday – did I learn that it wasn’t just a nice publicity stunt for myself and the fest, but that brewers appreciated getting honest feedback and encouragement from a burgeoning beer nerd/writer. 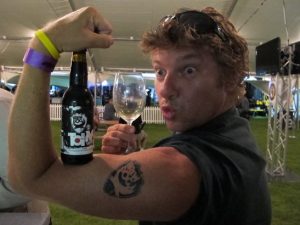 This might be my favourite CTFOB year of all. It might be, but I can’t quite remember. And this is largely because 2012 was the year that BrewDog came to South Africa, with the beers debuting at the Cape Town Festival of Beer. At the time, BrewDog’s beers were legendary – and some of the most legendary were available, including the Tokio Stout (think it was around 16% ABV) and the then notorious Tactical Nuclear Penguin (32% ABV). I remember how the wind whipped through the tent that year. And I remember how BrewDog’s beers helped to keep out the cold. And I remember how the city’s small population of beer geeks stuck together at the BrewDog stand to sample all the brews they’d only until then read about. And then I remember the hangover… 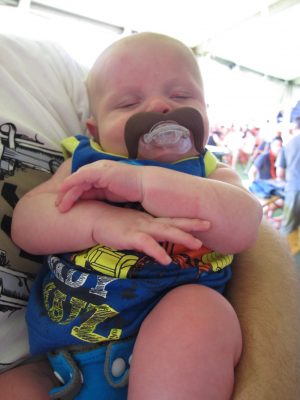 2013 – The One with the Qualified Beer Judges

The beer competition at the Cape Town Festival of Beer started in 2011, but it was only in 2013 that there were any qualified beer judges in attendance for the judging. And even then there was only one. This was the year that the Southyeasters Homebrewing Club and the Beer Judge Certification Program (BJCP) clubbed together to fly down Scott Bickham, a grandmaster judge from the US. He presided over Cape Town’s first ever beer judging exam, which took place at the Hamilton’s clubhouse on the Saturday morning of the fest. This year was also a special one for me as it was my first CTFOB as a new mom. My son, Kai, was just two months old when he attended his first CTFOB. I’m pretty sure he had a blast.

It was perhaps the moment that made brewers up their game when it came to designing beerfest stands. When everyone else had a counter with a bit of branding, Devil’s Peak rocked up with a pre-fab Wendy house that just needed a lick of paint. Devil’s Peak had launched at the festival in 2011 and created a huge buzz with their American IPA and if I remember correctly, a Russian imperial stout which they served with a piece of Lindt dark chocolate. They’ve gone on to be a highlight of the fest most years, usually bringing new or limited release beers each year. In 2014 it was mostly the core range but people still queued in droves at the Wendy house. Oh, and it was R30 for a pint. A PINT of Blockhouse. 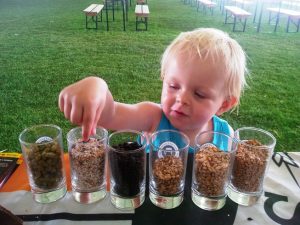 My little hoplet learning about beer at the Southyeasters stand, 2015

There had always been a kids’ area at CTFOB as far as I remember. Well, I wouldn’t have known either way in those first couple of years, but as soon as you become a parent you notice this sort of thing. And what we noticed was that the kids’ area – a bouncy castle and a few other bits and bobs – sat in full sun, separated from the rest of the fest. Well not any more. From 2015, the kids area got moved right into the the thick of the fest for the Sunday family fun day. And it also got awesome, with clowns and magicians and mini rides and a fence to keep the kids in. Could this have had anything to do with the fact that Martin Tucker became a dad in 2014? It certainly seems likely.

When Greg and Karl from Beer Country set up the Chili Challenge at their shared stand with Fraser’s Folly, they totally underestimated what people will do for a free pint. The concept was simple – eat a whole habanero and get a free pint – and so many people took up the shopping that Karl had to go chili shopping mid-fest. People gagged, people cried, people chugged their free beer and rumour has it one Cape Town brewer had to go and pray to the porcelain gods (well, portaloo gods I suppose). But it’s the sort of thing you need to see rather than read about, so here you go: a link to the video. 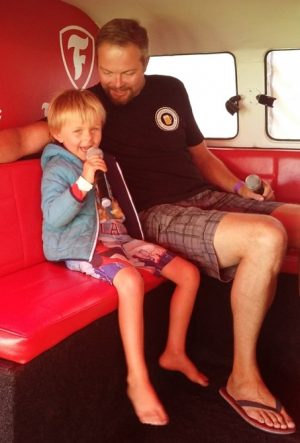 Of all the games and “activations” (oh how I hate marketing speak) that CTFOB has had over the years, this one was my favourite. I got to sing Jingle Bells with my four-year-old son and rather reluctant husband, I got to belt out Bon Jovi with Troye “#Beertime” May and one of the many Murrays – I forget which one – and people loved the chance to channel their inner diva, even if it took half a bottle of Drifter’s ocean-aged tripel – on sale at the fest – to act as Dutch courage. This was also the year that Devil’s Peak ruled the fest, with offerings from Little Wolf, Fierce, Mikkeller and rotating taps pouring a six-pack of international collab brews. And that’s how you run a beer fest stand.

It’s funny that the most recent fest is the one I seem to recall the least about. I can’t remember all the breweries that were there and I don’t recall which beers I was wowed by on the day. But what I do remember what a total ball we had, from the “selfie per stand” walk-around with an ever-increasing bunch of drinking buddies, to dancing on the Saggy Stone stage and powering through a colossal hangover with the help of a judging session and a little impromptu karaoke. Sunday was, as it always is, a chilled chance to chat to brewers and friends while the kids play and the whole weekend was one of those that keeps a smile on your face until the following Thursday. 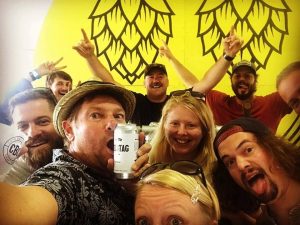 So what will 2019 hold? Well, Darling are launching their Blood Moon pale ale with tsamma melon seeds and prickly pear juice. Jack Black’s recently launched Mega Ale will be on tap and you can expect a duo of weissbiers from Drifter, brewed especially for the event. Old Potter’s are bringing Raw Passion – possibly SA’s first “raw beer” a well as bottles of their brand new Pers Pote – a Flanders Red/Shiraz hybrid. I’m still on the look out for further beer highlights and will add them as I hear from brewers. Lots of stands will have games and challenges, including cornhole, giant jenga, wheel of fortune and of course, the ubiquitous beer pong. The weather is looking fine, so get your friends together and come celebrate 10 years of beer. I’ll be around on Friday and Sunday and will be dishing out complimentary hugs to all blog readers. Not sure which day to buy tickets for? Try my handy CTFOB quiz!

What are your CTFOB highlights? How many fests have you attended, or will the tenth be your first…? Tell all in the comments section!!

Quiz: which day to attend the 10th Cape Town Festival of BeerVote in the 2019 Brewmistress South African Beer Awards
Comments: 2