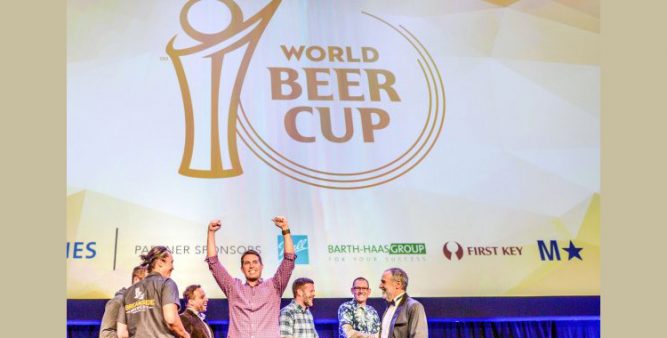 Listen up brewers: applications for the 2018 World Beer Cup are now open and the Brewers Association wants you to apply! I’ll be up-front – with an entry fee of US$180 (R2530) it’s not a cheap competition to participate in, but think of the benefits. Best case scenario – you go up against close to 7,000 beers from around 2,000 breweries across the globe and you win something. That would be pretty awesome – and why not? All you have to do is make a great beer that exemplifies the beer style (N.B. The World Beer Cup does not use the BJCP guidelines, but the Brewers Association ones, which differ slightly). And worst case scenario? You get detailed feedback on your beers from experts from around the world, including some seriously high profile beer personalities.

Full entry details are here but the most important thing you need to know is that the deadline for entering your brewery is November 14th – you can finalise the actual beer(s) a little later. Six consolidation points around the globe have been established to aid in transportation logistics and costs – but alas, none of them are in South Africa. However, some local brewers are entering, so do get in touch if you’re planning to enter a beer – that way everyone can club together and arrange shipping to the States.

And here’s a bit more about the World Beer Cup, courtesy of the BA:

Often referred to as “The Olympics of Beer Competitions,” the World Beer Cup is the most prestigious beer competition in the world and is held every two years in conjunction with the annual Craft Brewers Conference & BrewExpo America®. The competition is open to professional breweries around the globe that meet all legal and permitting requirements for breweries in their respective country.

Developed in 1996 to celebrate the art and science of brewing, this global competition continues to create greater consumer awareness about different beer styles and flavor profiles while promoting international brewing excellence.

In 2016, 6,596 beers entered from 1,907 breweries representing 55 countries were entered in the World Beer Cup and were judged by an elite international panel of 253 judges from 31 countries.

And I’m rather excited to tell you that I am going to be joining the very illustrious judging panel in 2018!!

Please do get in touch if you’re planning to enter and I will put you in touch with the other South African entrants. Good luck!