Five ways to get your man to drink craft beer 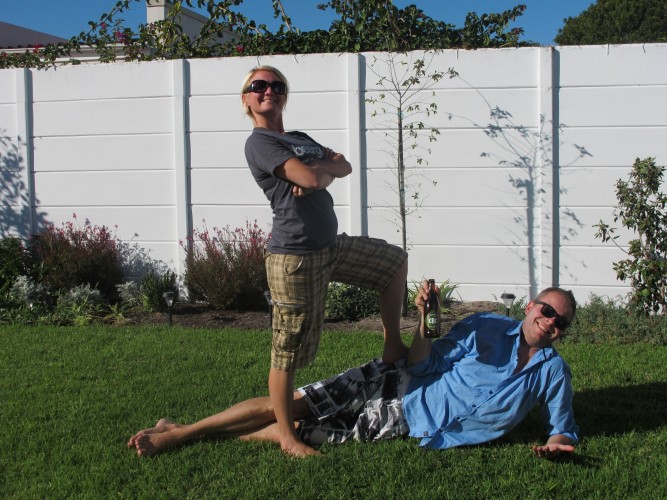 Sometimes I get a bit fed up with the whole ‘girls don’t drink beer’ thing. How often do you read guff like ‘ladies will love our fruit-based ciders’ or ‘bring the whole family to our beer fest – we are serving wine for the wives’ or maybe see a photo of some skinny-waisted buxom-boobed girl promoting beer in an ad. I googled “wine hot guy advert’ and came up blank (actually, there was a rather creepy pic of Gerard Depardieu). Substitute ‘wine’ for ‘beer’ and ‘guy’ for ‘girl’ and you can barely move for cleavage. A couple of months ago, The Craft Beer Times here in SA published an article entitled “How to get your chick to drink craft beer“. It annoyed me. Yes I know it was a tongue-in-cheek piece, it wasn’t meant to be serious blah blah etc. But I just find this sort of thing so, well, patronising. So in the same vein I wrote an article in the following month’s Craft Beer Times – here is a slightly edited version of it (and no, this is not meant to be taken seriously either – I’m just trying to redress the gender-biased balance a bit…) 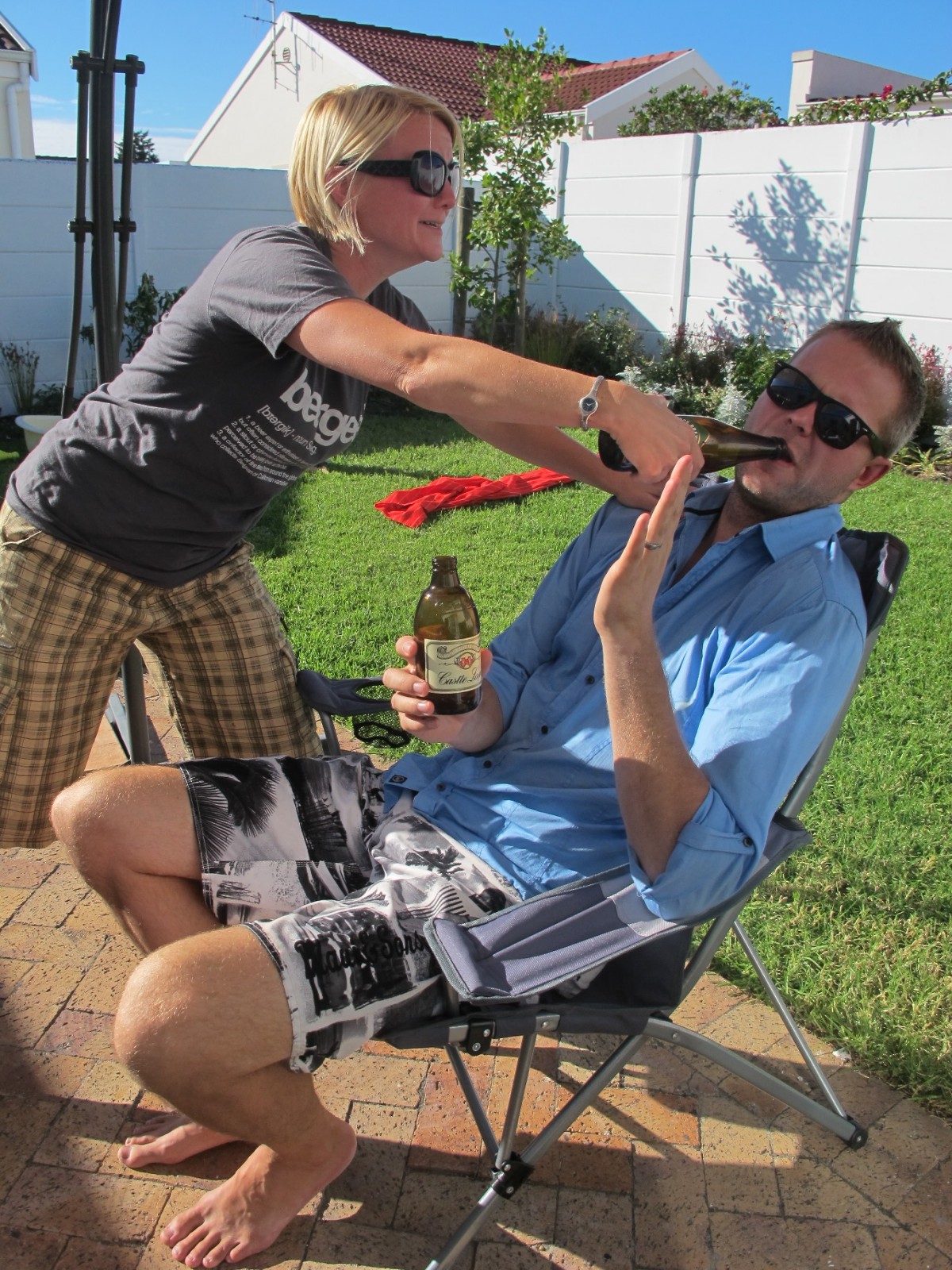 “If you really loved me you would…”

Most men would probably agree that, when compared to their female counterparts, they tend to lack a little depth. Men’s outfits come in 53 different shades of blue, grey or black; their emotional range tends to vary from “let’s go to bed” to “I’m tired, but let’s do it anyway”; and their conversation topics seldom wander far from balls or boobs (the former usually, but not exclusively, in some sort of sporting context). I’m no expert on menswear and I have no idea how you can get your bloke to think deeper thoughts than he did as a teenager. But one thing I do know is beer, and I’m here to help you convince your boyfriend/husband/soulmate to drink, well, better beer. It’s not their fault, bless them. Men’s palates simply aren’t as refined as women’s are, and men have been conditioned (there’s a pun in there for the beer geeks among you) to drink large quantities of beer that even some of the producers admit is pretty much devoid of flavour. So just for you, oh possessors of fine beer palates and fine boobs, here are six things to say to your lager lout to try and expand his ale range.

“Everybody else is drinking it”

There’s nothing like a bit of peer pressure to get a man to do what you want. Let him know that light lagers are so 2008 and these days everybody who’s anybody asks about IBUs before they order a beer. His FOMO will soon kick in and before you know it, the simple sod will be smitten with imperial IPAs.

“If you really loved me you’d try it”

Ah, emotional blackmail – the cornerstone of any decent relationship I’d say. If he loves you, he shouldn’t be embarrassing you by drinking lagers filled with more corn than a decent taco. Get some self-respect man, and more to the point, get some beer respect. Try breaking him in gently – over half of all microbreweries in South Africa product a lager, a pilsner or a blonde ale, which his simple tastebuds will be able to cope with until you’ve trained him properly.

“You can’t get drunk on it the first time”

Tell him that there’s no way he could get drunk the first time he tries craft beer, but you don’t have to explain why – because the amazing array of flavours will just be too much for him and he’ll probably only manage a sip of each beer he orders.

“I’m going to tell everyone you drank it anyway, so you might as well just drink it”

Whether he drinks craft beer or not, if anyone asks what your man usually drinks, you are of course going to answer with something along the lines of “he’s into high ABV beers” (if you’re trying to prove his prowess) or “he like saisons infused with fynbos flowers and buchu” (if you want to make him out to be on the sensitive side).

“It will only hurt the first time”

I would like to turn here to a quote from the hilarious and very high-brow movie, American Pie. “The first time you do it, you know; it hurts. But then you do it again and again… It just starts to feel good; like REALLY good.” And I am fairly sure she was referring to what hefty amounts of hops do to your palate the first time you try them… 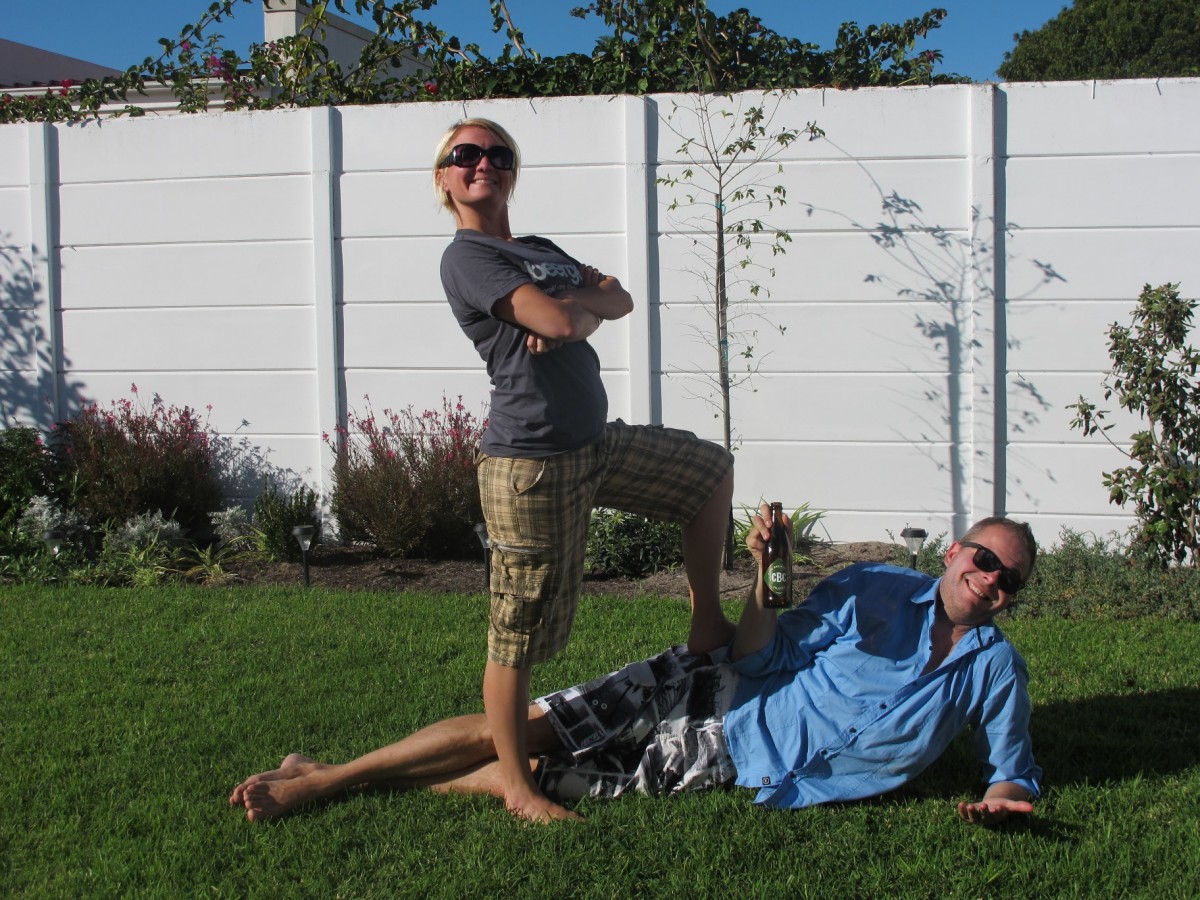 Props to Shawn for being a good sport. He now drinks IPA, thanks to me… 😉

“If you don’t drink it with me, I’ll just go and find someone else who will.”

Well, you know, if you can’t get what you’re looking for at home, well, you just have to get out there into the bars and find a bloke there who can satisfy your needs. And I am of course talking about the need to share a great beer with someone who appreciates it…

Of course, not all men are ready to start drinking full-flavoured beer, but sooner or later, they’ll decide they want to try it and if you’re patient and loving, you might just be the one that they decide to share their first time with.