Five ways to piss off a woman that drinks beer 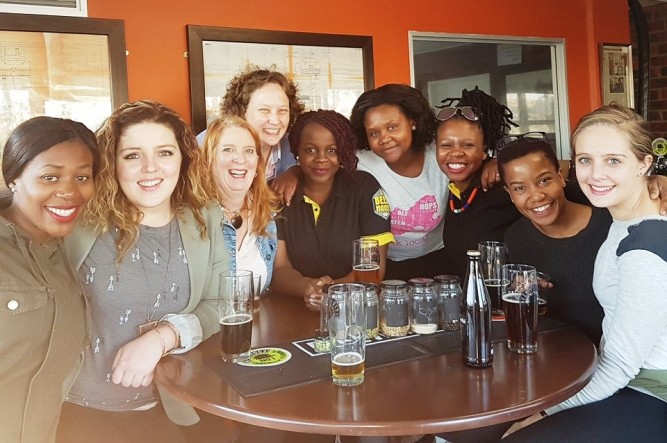 It’s women’s month in South Africa, and I couldn’t let it pass without some sort of comment on one of the questions I get asked most often – what’s it like being a woman in the beer industry? 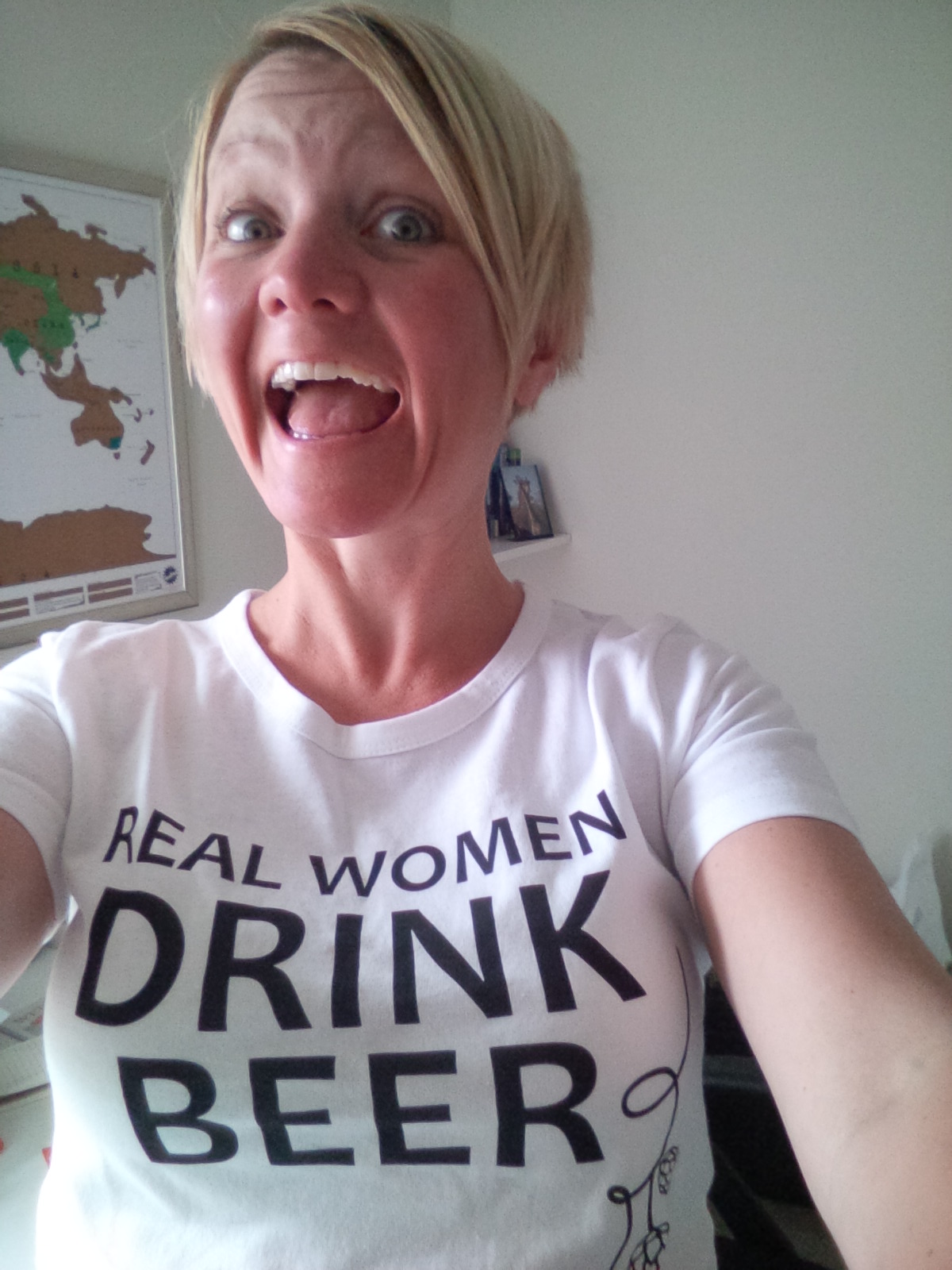 For the most part, I’m very happy to say that it’s awesome. Most of the people in the SA beer world are wonderful people to work with, there is great camaraderie between the women in the industry (a treat since women can be highly competitive with each other) and as long as you can take a good deal of ribbing, it’s a lot of fun. It’s kind of like being everyone’s little sister (or increasingly for me, older sister) – you are most definitely going to get the piss taken out of you a lot, but you also feel looked after. Take the Clarens Beer Fest a few years back. One of the brewers, unhappy with a photo featured in African Brew, proceeded to shout and swear at me. I found the incident laughable, but others did not, and word got around the festival. Soon everyone was jumping to my defence and I have to admit, while I’m not a girl that’s too bothered about having doors opened for me and that sort of thing, it was kind of nice to know the other brewers had my back.

But it is still a bit of a boys’ club, the whole beer thing, and there are a few sure-fire ways that you – as a brewer or consumer – can seriously piss off a female beer drinker. As a side note, this post is not meant to be a how-to guide… 😉

1. Marketing your beers to men
Whether you’re showing adverts with men using beer as an escape from their wives, calling your beer things like Panty Dropper, using slogans such as “it goes down easy” (which isn’t even grammatically correct goddamit) or emblazoning your labels/advertisements with scantily clad big-titted broads, you are going to alienate your female drinkers. Think of it this way – would you want to buy a beer that had a giant dick on the label? Probably not, so why would I want to buy a beer that is so clearly ignoring me as a potential audience. Yes, I know that sex sells, but I often hear people talking about how fewer women than men drink beer. If you want women to drink your product, you have to make sure they know that you want them to drink your product. Calling it “Crazy Bitch”, “Double D”, “Pearl Necklace” or – dear god – “Chunky Gal” is a guaranteed way to keep your tap room vagina-free. 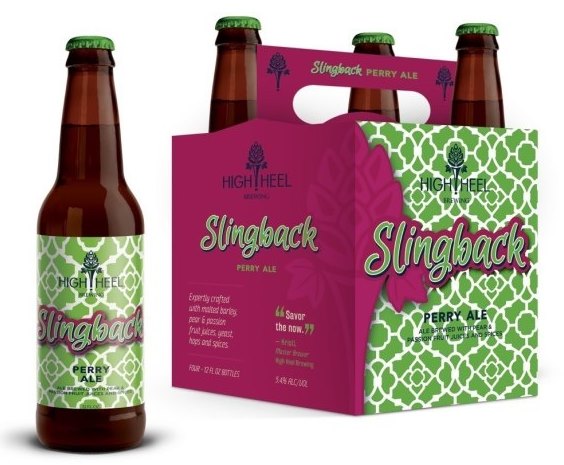 2. Marketing your beers to women
Earlier this year, High Heel Brewing launched in Florida. I never wrote anything about it because, while I was planning a post, I read this spectacular response from Kaleigh Dunn and simply couldn’t have said it any better. High Heel’s beers were “designed specifically with female craft beer enthusiasts in mind and are a celebration to all women in brewing”. This is of course obvious to anyone who sees the beers. One is a perry-beer hybrid that is “fresh, fruity, floral” and comes in a pretty green and pink bottle. Oh, and it’s named after a shoe. Their 8.4% IPA features columbus, mosaic and simcoe, and normally I would be keen to try it. But I simply could not bring myself to drink a beer that is so shamelessly marketed to women. I think I’d rather be drinking a pint of Pearl Necklace. Plus it really doesn’t match any of my shoes so I would obviously look ridiculous. Come on, seriously. You don’t need to market your beer to women. You don’t need feminine fonts or pink labels or pink beer for that matter. We don’t want our “own beer“, thank you. Beer is beer and beer drinkers are beer drinkers, regardless of genitalia.

Do not ask this woman if she knows anything about fermentation. You will embarrass yourself. (Megan Gemmell from Clockwork Brewhouse)

3. Assuming the woman serving your beer doesn’t know anything about it

It’s not just brewers that are guilty of beer-based sexism. I know several lady brewers who, while serving their beers at festivals, have been asked things like “do you even drink beer”, “do you know anything about this beer?” or “where is the brewer?” Last year at CTFoB one Cape-based brewer walked up to a new brewery’s stand and when asked if he’d like to taste the range said something along the lines of “I don’t want to talk to the pretty face, I want to talk to someone who knows about the beer”. If you’re reading this, chauvinist brewer, think yourself lucky the girl in question has a calmer temperament than most. Many would have quickly got you acquainted with the bucket of slops and spillage under the taps. There is an increasing number of female brewers in South Africa, as well as girls working on the sales floor – don’t assume that because there’s a girl pouring your pint, she’s just been hired to provide eye candy to the customers…

4. Hiring hotties to serve your beer without teaching them about it

That being said, there is a growing trend of brewers hiring promo girls to work at beer festivals. I get it – craft beer attracts a lot of often youngish guys. And with a growing number of competitors at each fest, you need an extra lure to get people to your stand. I don’t have a problem with people hiring hotties for the day (though I wouldn’t mind a few ripped dudes sprinkled around while we’re at it) but if you’re going to bring in staff for the day, please teach them something about your beer. Many people go to beer festivals for the beer, not just the piss-up, so make sure all your staff are well informed. 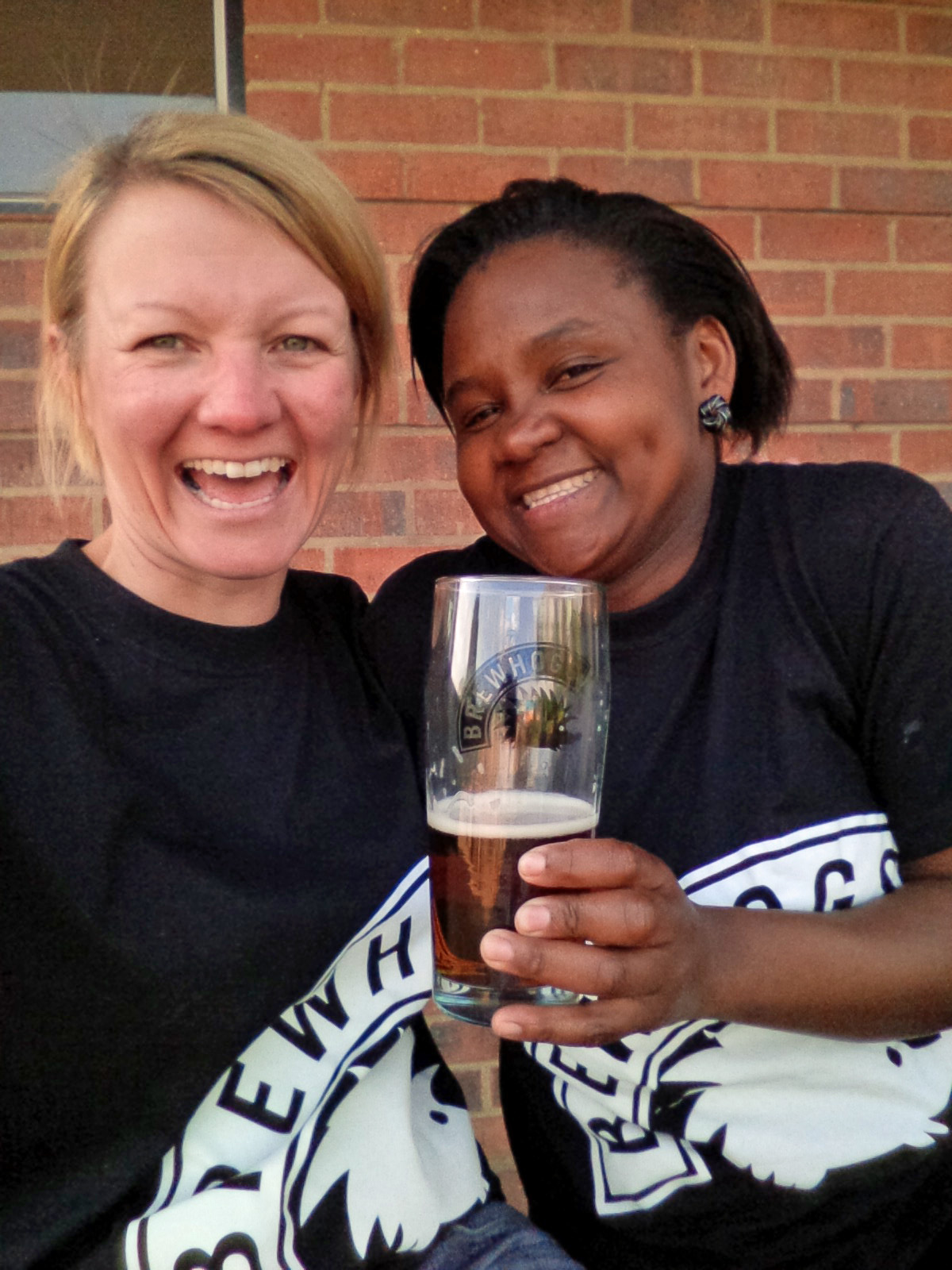 5. Thinking that you know what women want to drink

A few weeks ago a prominent South African beer tweeter published two successive posts on Twitter. One, a pic of Cluver Jack cider “for the ladies”, a second of andUnion’s Beast of the Deep “for the men”. Man how this pissed me off. It’s a fairly common misconception I think, that women want to drink something light and fruity, while men want something big and heavy and full of manly ABV points. My pint of choice, as many of you will know, is an American style IPA. Upwards of 6% please and bitter as all hell. My dad on the other hand rather likes cider. Does that make me a “dudechick” and my dad less of a man? No, of course it doesn’t – what a load of old bollocks. Don’t assume that the beer I’ve chosen “might be too bitter”, don’t try and sell your female patrons a witbier because “it’s more delicate”. And don’t label ciders or fruity beers as “chick beers” because you’ll alienate not only your female drinkers but also the men who are partial to a Cluver Jack cider or a Liefman’s Fruitesse.

At the end of the day, we want everyone to drink more beer, regardless of their gender, age (assuming they’re over 18), race, level of beer knowledge, height, weight or US election preference. Stop singling women out as drinkers that need special attention and they will flock to your tap rooms, restaurants and festivals to drink whatever it is they enjoy drinking.

Speaking of which, on Women’s Day, head over to Beerhouse on Long to sample a black IPA that I brewed with homebrew queen Lynnae Endersby from BeerLab. With hops chosen for their tangerine notes, we’ve called it Orange is the New Black IPA. It’s dark, big on booze and bitter – all the things that (some) ladies love in a beer. Meanwhile in Jo’burg, a team of brewsters headed up by Apiwe Nxusani-Mawela have created a one-off amber ale using African Queen and Vic Secret hops. The very limited edition beer will be on tap at Beerhouse Fourways on August 9th. For more on Beerhouse’s Women’s Day campaign, follow #shelovesbeer on Twitter.

South Africa is getting its own beer magazine: On TapHow to celebrate IPA Day in South Africa
Comments: 21