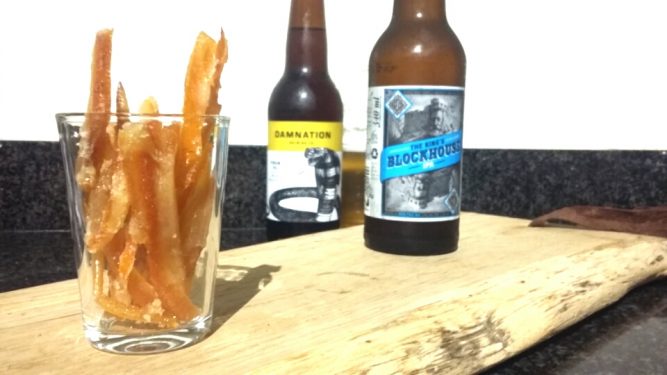 Everyone pairs IPA with blue cheese or curry or Gruyere but a few weeks ago I stumbled upon a marvellous pairing – IPA with candied orange peel. It’s incredibly easy to make but somehow has the illusion of being something a bit special. So here, especially for IPA Day is the recipe. 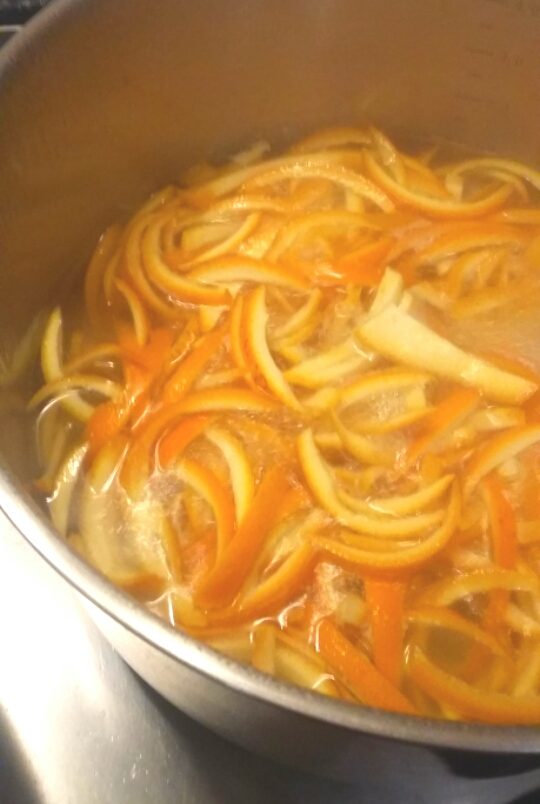 The best thing about this recipe is that it’s close to impossible to mess up. The first time I made it, I was busy working on a deadline in the office and totally forgot all about it. I popped into the kitchen after the peel had been simmering for around an hour and a half to grab a cup of tea and thought ‘ooh, it smells nice out here…ah shit’. And it turned out to be awesome. Funnily enough, since writing this I returned to my latest batch to find virtually the whole thing has turned into one giant crystallised chunk. Still tastes good though, and if you want to find out for yourself, come join me at Banana Jam this evening – I shall bring a tupperware along for late evening snackage (to follow on from all the other awesome snackage, which includes hop wings, Buffalo wings with Cascade butter, IPA chilli nachos and coconut IPA brownies).