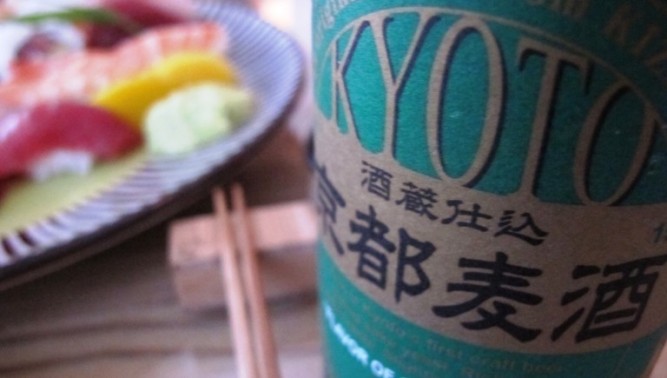 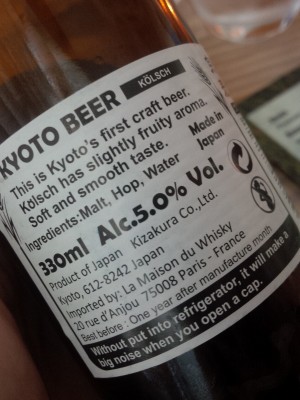 We’re still a bit isolated from the rest of the craft beer world, down here at the tip of Africa, so what a treat it is to get hold of a fairly obscure brew from Japan. As far as I know, the Kizakura range is only available at Kyoto Garden Sushi in Cape Town, but please correct me if I’m wrong. The Kölsch, along with the ‘Flavour of Sake’ brew and an Altbier, hail from Kizakura, a brewery in Kyoto that actually specialises in sake but produces a few craft beers on the side.

All three are flavourful and just so, so clean – somehow exactly what you’d expect from a Japanese microbrew. Picking a favourite is tough, but the Kölsch was the first one I sampled, so let’s run with that. Before we go any further I’d like to say this – I really enjoyed this beer, but it’s never going to win any BJCP competitions. Where a Kölsch should have brilliant clarity, this had definite haze. Where a Kolsch displays muted malt aromas, this beer did not. But this is not a BJCP competition. This is my blog and I enjoyed this beer so shall judge it accordingly.

Aroma-wise it was all biscuits. I don’t know if you get Malted Milk biscuits in South Africa – I’ve never seen them – but my god, this beer smells like a big pile of Malted Milks. I suppose Graham crackers might be a good comparison. But then we don’t have those either, so what would be the best way to get this aroma across? Imagine biscuits made of Horlicks. It smells like that. With a hint of toffee. In fact, Kizakura’s Kölsch kind of smelt like I imagined the butter beer in Harry Potter to smell. I liked this.

After all that butter and toffee and Malted Milk biscuits, you won’t be surprised to learn that there is an initial sweetness to this beer, but it is fleeting and is replaced by a moderately bitter finish that is oh so clean. The waiter at Kyoto Garden Sushi told us this beer is brewed with a sake yeast, though I’m not sure that’s true. Flavour of Sake certainly is – the label advertises the fact – but there was nothing to suggest that the Kölsch utilises sake yeast. While we’re talking about the other brews, they’re all fairly malt-forward – the Sake’s initial aroma of stone fruit gives way to a distinct breadiness, while the Alt tastes a lot like treacle toffee on toast. The brews are fairly pricey, but definitely worth a splurge to get the chance to taste something different, out-of-style and very well-brewed.