Ten years of blogging about beer 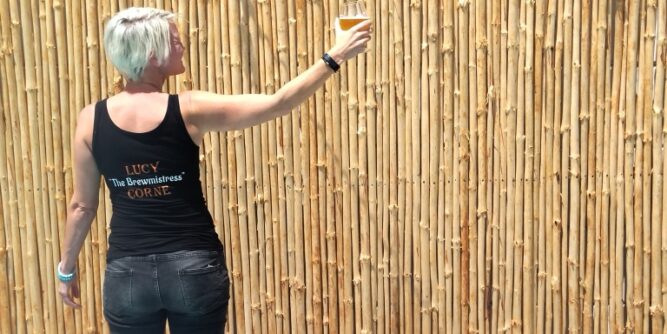 It was all a bit of an accident really. When I arrived in South Africa in 2010, I had spent the last few years fulfilling a major life goal and working as a freelance travel writer. But as I’m sure you know, travelling from South Africa is a lot more complicated and expensive than using somewhere in Europe or Asia as a base, so when I arrived here I knew I needed to branch out and write about something else alongside travel. Usually when I tell this tale, I simply say “nobody was writing about beer back then, and I could see that something big was about to happen in craft beer, so I started a blog on beer”. This, however, is only partly true. 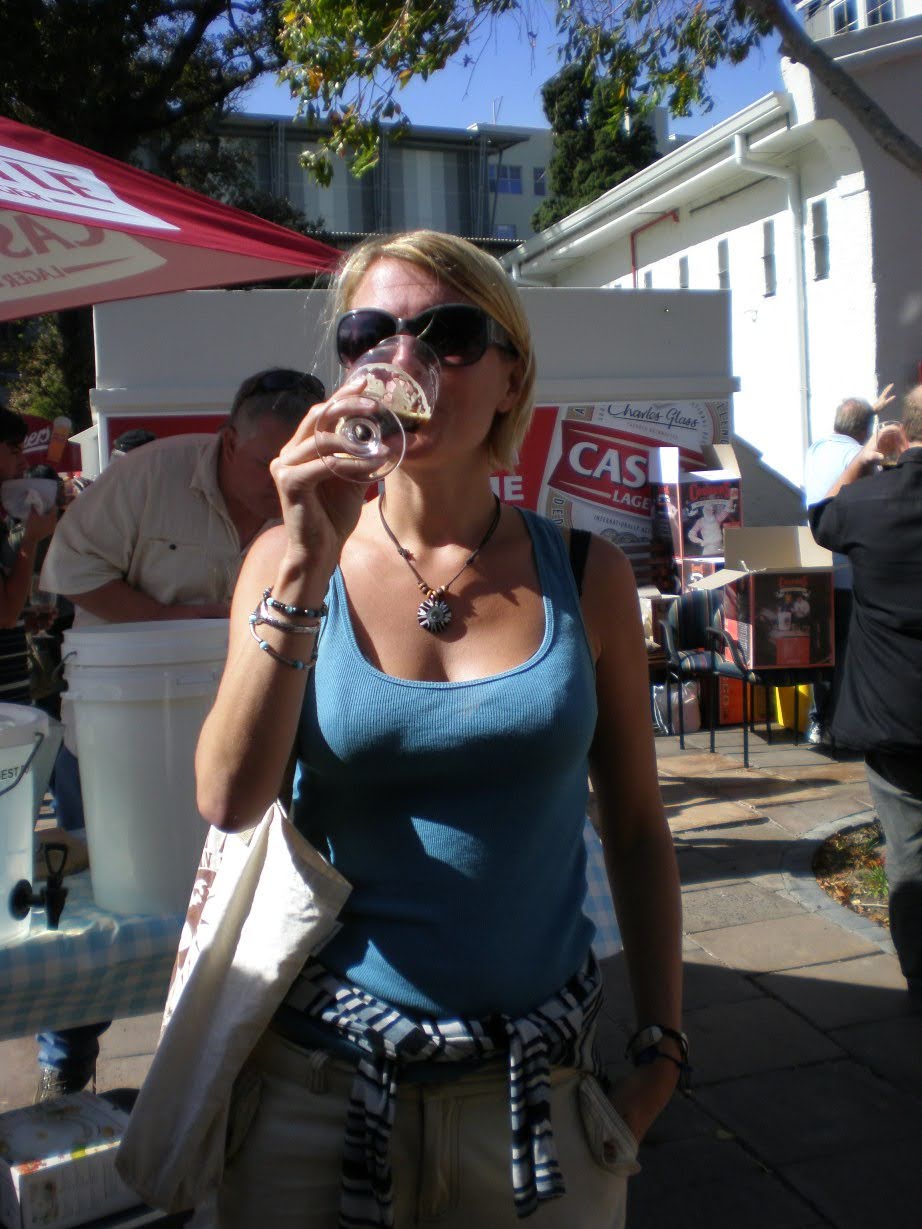 In April 2011, I approached Getaway Magazine with the idea of writing a blog about cool booze experiences around SA. It was to be called The Tipsy Traveller, and I wrote my first post that month. You can read it here and you’ll probably be surprised with what you read – I know I was when I looked it up for this post. I was actually more focused on wine than beer, perhaps because wine was far more visible back then. But beer was already occupying a growing portion of my thoughts. I had started my career as assistant homebrewer/chief bottle washer – an apprentice to my husband Shawn – while we lived in Korea. It was also in Korea that I started to get really interested in beer, becoming involved in the homebrewing club, spending my weekends at microbreweries and tasting American-style beers for the first time.

When we arrived in South Africa, it was clear that the first murmurings of a “craft beer revolution” were happening and so I certainly wanted to document that in my “Tipsy Traveller” blog. My first beer post, also in April 2011, was a write-up of that year’s Southyeasters Summer Fest (in which I cringe-makingly announce that we tasted “a light wheat beer, much-loved by the ladies” – please shoot me now). Posts on other kinds of booze followed but I remember receiving an email from the blog editor asking for more beer stuff. “The beer posts are getting the most hits,” she said, “please send more beer-focused pieces.”

And suddenly The Tipsy Traveller – a name that never caught on – became a beer blog. It took about 10 posts before the articles on wine or whisky or brandy pretty much dried up, leaving a total focus on beer. After 18 months, I migrated the blog to the now defunct Craft Beer Project website, where the name The Brewmistress was coined. (That one did catch on, although an equal number of people over the years have referred to me as “The Beer Mistress”, which somehow conjures up a different image than the one I had in mind. It’s meant to be play on Brewmaster in case you missed that). 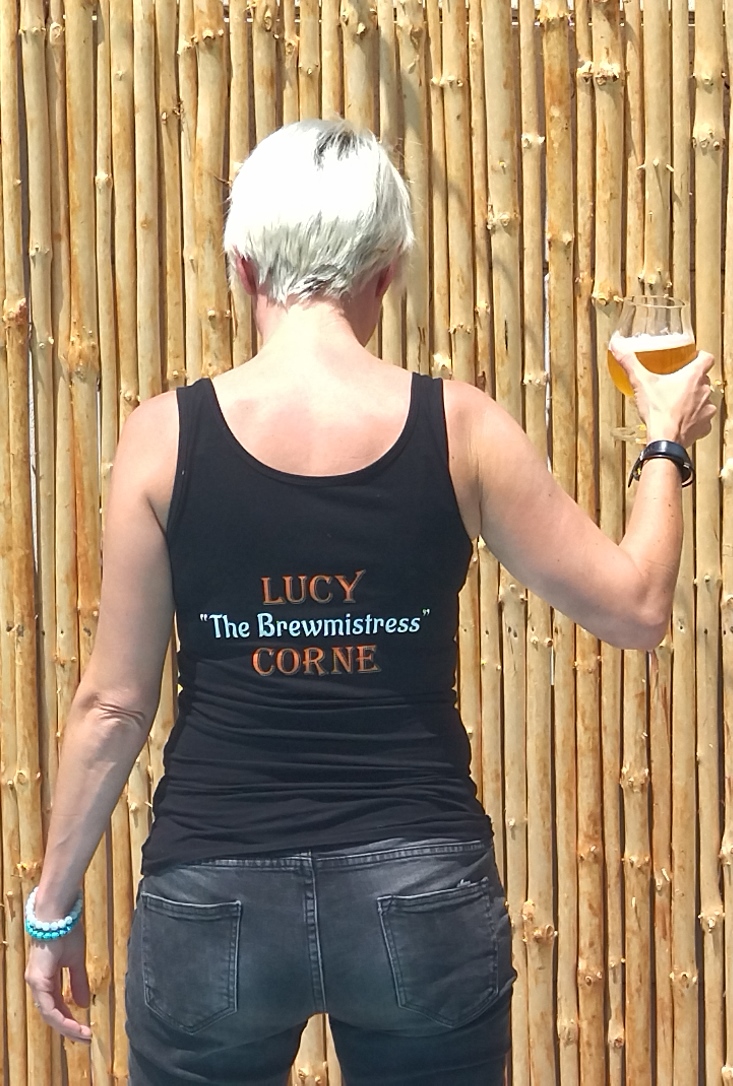 Cheers for the last ten years.

Finally, in June 2014, I bought Brewmistress.co.za and began blogging on my own site. In the next couple of years, views and visitor numbers doubled year-on-year and while blogs make virtually no money, a lot of other opportunities emerged thanks to having the most prominent (and often only) beer blog in South Africa. I would probably never have written two books on beer if I hadn’t started blogging about it first and likely wouldn’t have become the editor of On Tap Magazine without several years of blog articles on beer to act as an online portfolio. In fact, beer has pretty much taken over my life (in a great way, of course) and now, rather than a travel writer who also blogs about beer, I am very much a beer writer who sometimes pens stuff about travel.

I was never sure that there was going to be enough content to sustain a blog solely about beer in South Africa. I was quite wrong about that. In fact, the problem has always been finding enough time to write on the blog. Over the years I have covered brewery launches, mergers, buyouts and closures. I have ranted about bottle conditioning, reviewed countless beers and festivals, run training session and courses and compiled much-needed stats about South African craft beer. Some sections failed and were quietly retired. Some posts – particularly those on how to brew at home during an alcohol ban – were picked up by Google and offered as suggestions to anyone with a passing interest in beer. I cringe at some of the earliest posts, where my beer knowledge was, let’s say, a little green. Other pieces make me feel pretty proud of what the blog has become over the years

I think 2021 has been my weakest year as a blogger. I now have so many other projects on – freelance writing, editing a magazine, running South African National Beer Day and the African Beer Cup – and it’s difficult to prioritise something that doesn’t make money. But I strongly believe it was the blog that led to everything else I do in beer, and I love writing it so while I’m not really one for New Year’s resolutions, I do pledge to blog more frequently in 2022. One thing I am going to start a Beer of the Month post, something a few people have asked for, but I would love your input – what sort of content do enjoy? Is there a regular series you’d like to see on here or a challenge you’d like to propose to encourage me to post more often? I’d welcome all feedback in the comments below, or if you’d prefer to message me directly , you can get in touch here.

The real reason for writing this though, was simply to say thank you. To all those who have read and shared a post, to all those who have commented and joined the discussion. To those who entered competitions, chatted on social media, subscribed to the blog or made a donation to say they enjoyed the read, a huge, huge thank you. I did drop the ball a little in 2021 but I hope to bring you more news, reviews, competitions and rambling rants in 2022.