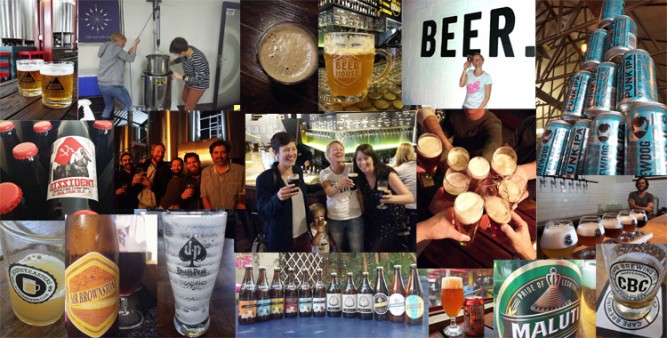 Happy new year! Excuse the tardiness of this post. I suppose I can’t still blame the new year hangover….

I think it’s compulsory at this time of year for every blogger, writer and journalist, regardless of their subject matter, to either offer a round-up of 2016 or a peek ahead at what 2017 might hold. Since 2016 has been vilified as the worst year ever in the history of the universe, I thought why not look back at some of the good stuff that came out of it. So here’s a cheery look back at 2016, from the perspective of a South African beer drinker. 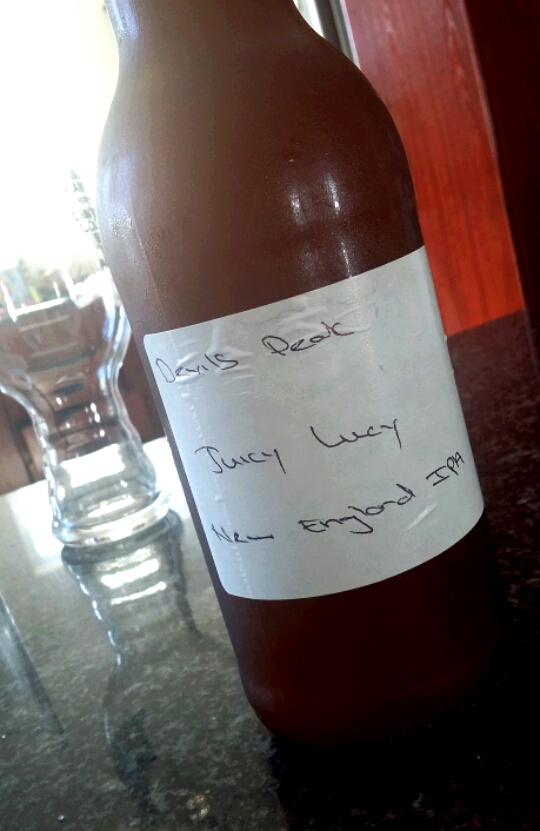 The label needed a little work but the beer inside was awesome.

One of my favourite new brews, and one that I look forward to getting my mouth around again this year, if you will, was Woodstock’s Mr Brownstone – rich, yet still thirst-quenching and an original addition to the local scene. There were also a couple of super summer quenchers: Striped Horse Pale Ale and Citizen Guardian have both found a spot in my fridge, not only for their massive quaffability but also for their showcasing of hops. And speaking of hops, towards the end of the year, Devil’s Peak pulled out a couple of trump cards (sorry, we’re supposed to be forgetting the woes of 2016 and mentions of trumps are probably not helpful). The marvellously murky (and of course, fabulously named) Juicy Lucy was a big hit at CTFoB. SA’s first New England-style IPA smells like tropical juice and you can almost imagine chewing through hop pulp when you sip. But it was their Grapefruit Express that took the top spot at the fest. Perhaps inspired by Brewdog’s Elvis Juice, the IPA uses real grapefruit to create an extremely drinkable brew.

I have to admit, I didn’t attend too many fests in 2016, though I did get to two of the biggies – CTFoB and Clarens. Both were, as always, extremely enjoyable. And of course, the SouthYeasters fest was great, as always. But do you know which fest I really enjoyed? The Woodstock Autumn Beer Festival, held at The Palms. It really got back to the basics of a beer fest – a bunch of passionate brewers showcasing their beers; a range of special ales brewed just for the fest and an extremely reasonable entry fee. 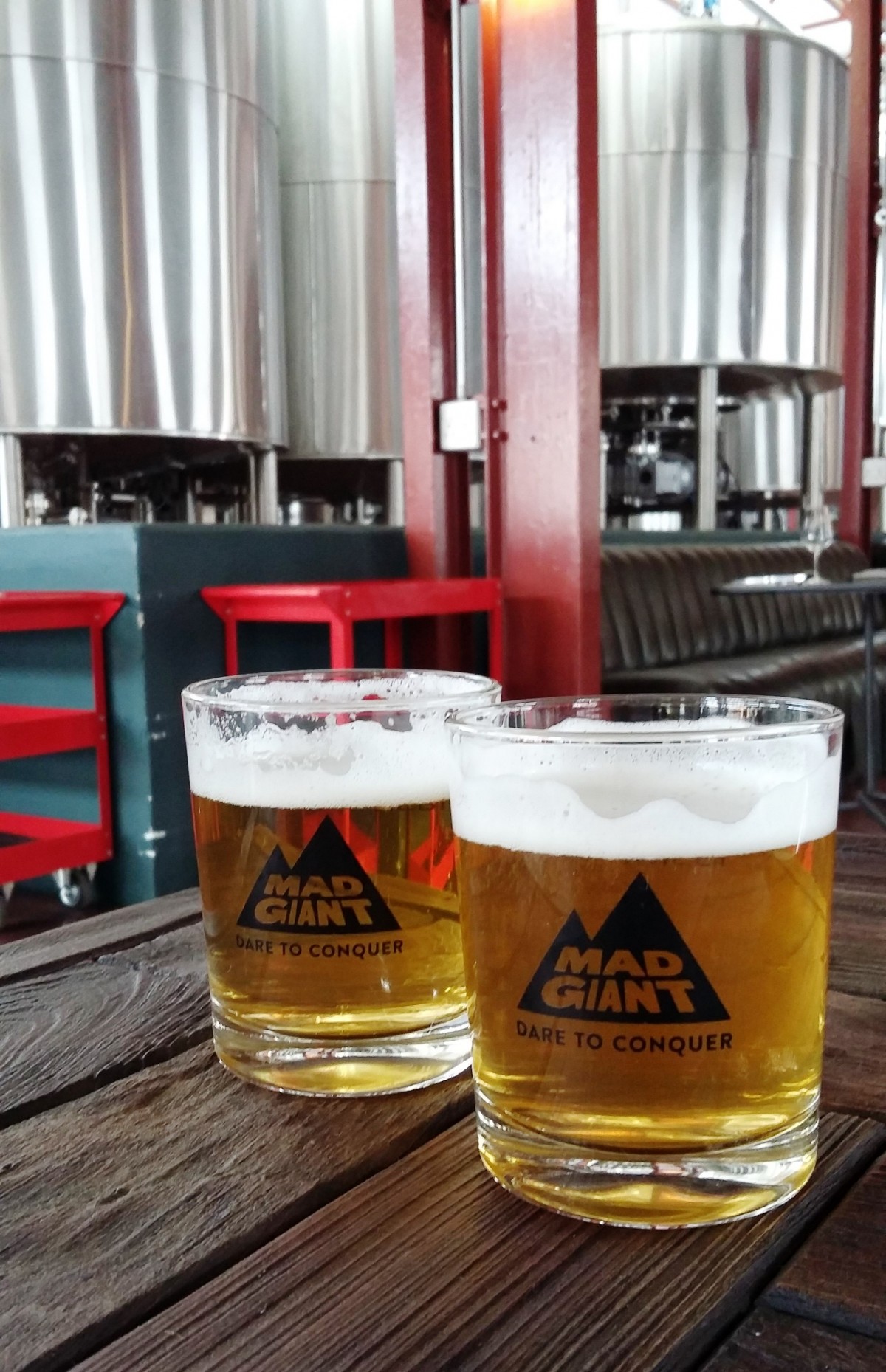 Go to Mad Giant this year. Thank me later.

Although the brand didn’t launch in 2016, Mad Giant’s actual, physical brewery was born last year, and what a brewery it is. With extremely cool decor, a great beer range and superb food at the onsite restaurant Urbanologi (whose chef Angelo Scirocco won the ‘Rising Star’ award in last year’s Eat Out Awards), Mad Giant has really given Jo’burg beer fans something to grin about. My tip – grab a pint of the pilsner, somewhat unusually dry hopped with noble hops. It’s excellent.

Honourable mention also must be made for Jack Black, who opened their own brewery after almost a decade of contract brewing. It’s an awesome space, plus it’s a 10-minute walk from my house, which I really rather like.

Well of course, the eventual (and eventful) takeover of SAB by AB InBev was one of the biggest stories of the year, and will continue to be so in 2017 as we start to see the consequences of the takeover, whatever they may be. Strangely, it’s a topic I never actually tackled on the blog, but I did write a comment piece for allaboutbeer.com.

On a personal level though, the biggest news was the launch of On Tap magazine in September. Thanks to all for the great feedback, to the contributors for their awesome ideas and above all to the advertisers. 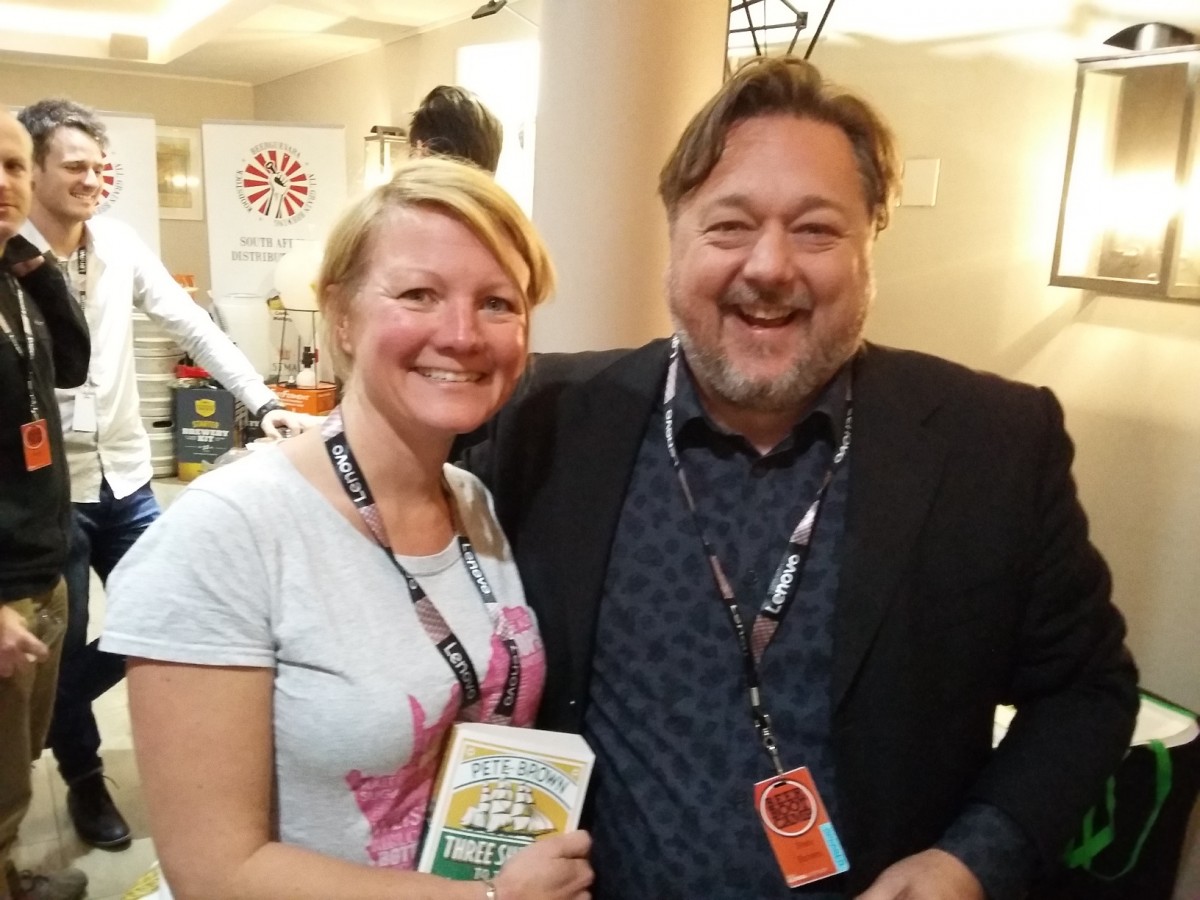 While 2016 wasn’t a great year for liberal politics or general brotherly love, it was a fairly awesome year for beer in South Africa. Personal highlights included taking over as president of the SouthYeasters, joining a group of awesome ladies for IWCBD and #SheLovesBeer, drinking La Trappe from the back of a van at a Clarens after-party, speaking at two beer conferences, visiting Namibia to celebrate the 500th anniversary of the Reinheitsgebot and of course, being involved in the launch of On Tap. But the highlight for me had to be sitting around a table at my favourite place to drink beer (Banana Jam, in case you weren’t sure) and listening to Pete Brown and Randy Mosher share stories about the late, great Michael Jackson (beer hunter, not king of pop).

What were your highlights of 2016? Best beer your drunk? Single best beer experience? Favourite place to sink a pint or three? Tell us in the comments section below!